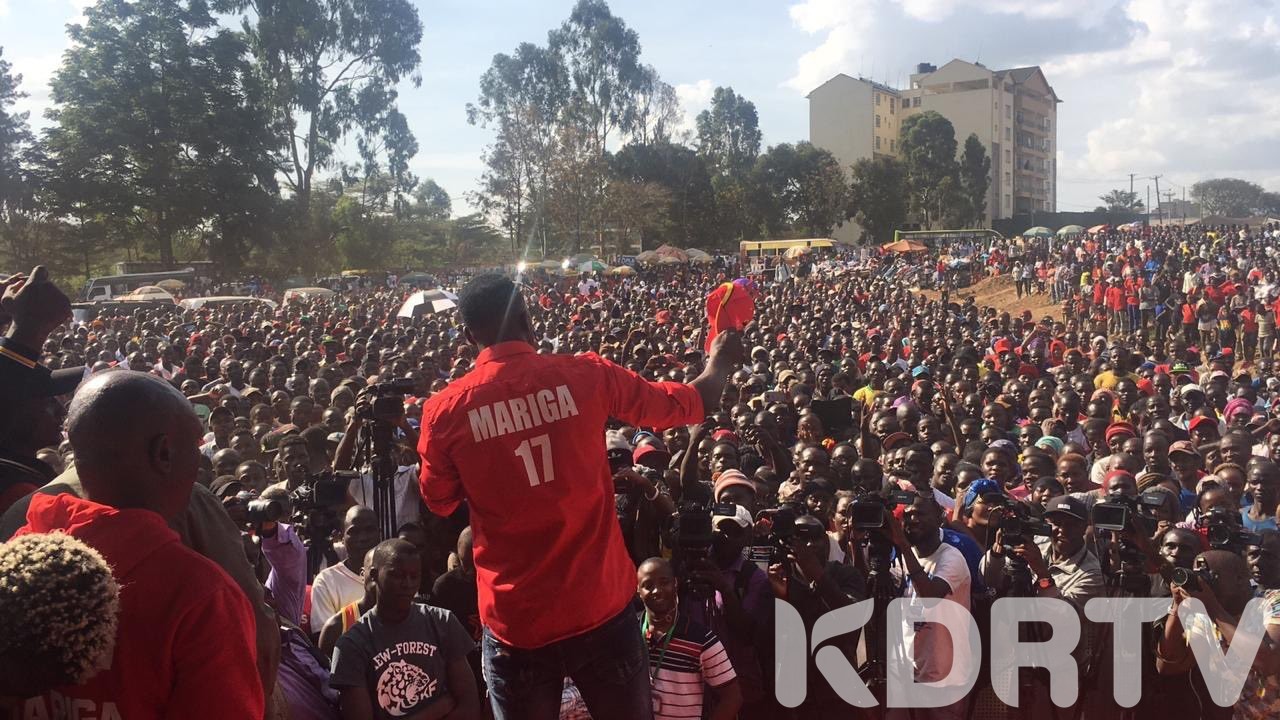 Taking to his Twitter handle, Babu advised Mariga to start using the right terms in his speech and stop blabbing.

Mariga’s incoherent speech has become a huge point of discussion on social media with many people arguing that the former Harambee Stars midfielder will be left with nothing to say if you asked him to remove the phrase ‘sindiyo’ from his speech.

Am told if you remove SINDIO from Mariga's speech, you will only be left with claps from those who are paid to clap.

There have even been concerns that his poor public speaking speech could be the main reason he will lose the race to replace former Kibra MP Ken Okoth, who succumbed to cancer in late July.

This guy should never be given or nominated to any public office, he's not in touch with the people

Deputy President William Ruto is regarded as one of the most eloquent public speakers in Kenya. He is the force behind Mariga’s candidature. Should he do more for the former Inter Milan midfielder? Like giving him a few lessons on public speaking.

There some people who have backed Mariga, arguing that President Uhuru Kenyatta’s first public speech was also disastrous, full of ‘ndungu zanguni’

Did you know that your favourite president's first public speech was disastrous?

Today you are a DISASTER,

Tomorrow you are a MASTER.

A good orator does not translate to a good leader. Former President Mwai Kibaki was one of the poorest public speakers but he is regarded as the best president Kenya has ever had.

This is not the first time Babu Owino has attacked Mariga. Last month, he asked him to choose between Ken Okoth’s baby mama Anne Thumbi and the Kibra seat.

“Mariga has to know that you cannot take someone’s wife and at the same time take his seat. Mariga needs to choose one either the wife or the seat,” Babu said during a rally in Kibra.

This is the lady who had a baby with the late Hon.Ken Okoth.Mariga must choose between the lady or the seat,hauwezi dharau the late Ken by taking both his seat and his wife.Choose one Omwami pic.twitter.com/gJUTGYHdlo

This was after Thumbi had accompanied Mariga to Kibra for verification of his documents.

Thumbi is a nominated MCA in Nairobi County Assembly and allegedly has a son with Ken. A DNA result revealed that Ken Okoth sired the baby but the former MP’s widow Monica Okoth has challenged the results in court.