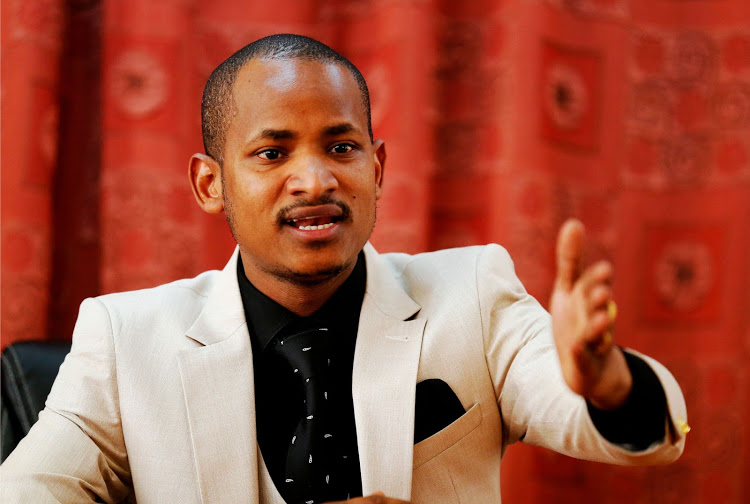 Embakasi East MP Babu Owino has claimed that he would be serving the country as a Cabinet Secretary if Raila Odinga had won the August 9 general elections.

Speaking during an interview aired on NTV, the second term MP claimed that he would either be serving as the Cabinet Secretary for Education or Interior Ministry.

“Personally, I knew that I would not be sitting in this office today. Right now I would be serving Kenyans at a different level as a Cabinet Secretary either for Interior or Education but look at me now,” he said during an interview with NTV.

“I promised the residents of Embakasi East that I was going to give them jobs. Some were going to work in Garissa, some in Kisumu, Nyeri and others remain in Nairobi.” He added.

While revealing the reason why Azimio lost to Kenya Kwanza in the elections, Owino said the Raila led camp relied on former President Uburu Kenyatta too much.

“This election we cannot blame Kenya Kwanza, we have to blame ourselves within our house. That is where the problem started,” he said.

Babu asserted that there was a complex plan to ensure the Azimio coalition’s victory, but obstacles like improper handling of funds for party agents by a select few people upset the plan.

“There were agents in Central but they withdrew from work. They were told that they were going to be paid in batches at different times in different proportions. They were to be sent money in the morning, afternoon, and at the time of counting,”

“But in the morning, intentionally, no money was sent. As an agent, you will leave because you have been duped. They were not paid and the person who was to pay them was not from our side.” He said.

Subscribe to watch latests videos
In this article:Babu Owino