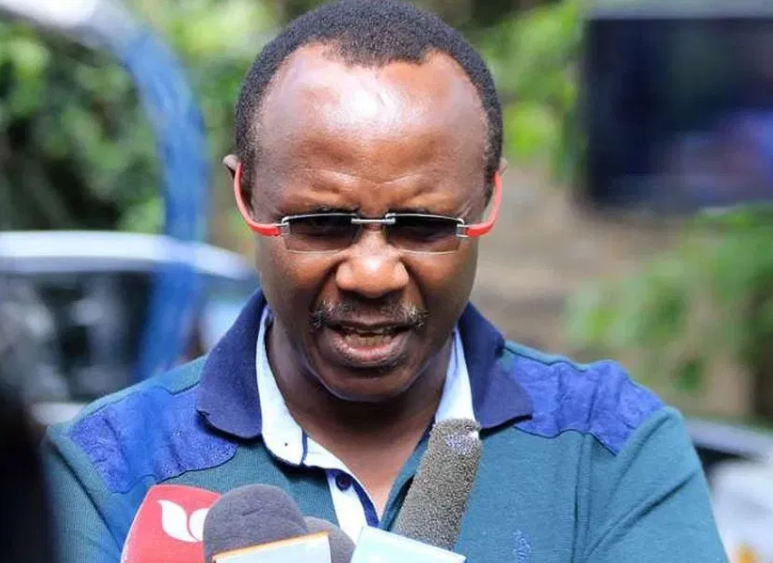 (KDRTV) -Renown economist David Ndii has come under fire over a circumcision slur he made on the Luo community.

On Tuesday, Ndii insinuated, through a tweet, that the Luo community has a problem because they are not circumcised. He has been forced to apologize for the controversial tweet.

David Ndii must be reminded that all& any issues Luo 'penal forehead', if any, should and must remain the singular province of his Gikuyu sisters to talk about- not him. We are not opposed to Kikuyu ladies alone, giving opinion on this-not Ndii. Not his corner.
Utter balderdash!

Blogger and political activist Boniface Mwangi, who is working with Ndii at the Linda Katiba forum, was among the hundreds of people who called out the economist for profiling the Luo community.

“This tweet by Ndii is wrong and hateful to an entire community. Ethnic stereotypes have no place in the struggle to liberate Kenya from bad leadership,” Mwangi said in a tweet that also urged Ndii to issue an apology.

However, Ndii had neither deleted the tweet nor issued an apology. Instead, he asked those angered by his sentiments to direct their outrage at ‘looters, murderers, and rapists flying flags.’

Interestingly, Ndii renounced his Gikuyu tribe in 2018, announcing on Twitter that he should be considered a Luo henceforth.

“Dear Uthamaki, I’ve had enough of appeal to ethnic solidarity. I hereby renounce my Gikuyu citizenship. Consider me a Jaluo and let me be,”  he tweeted at the time.

Dear #uthamaki I’ve had enough of appeal to ethnic solidarity. I hereby renounce my Gikuyu citizenship. Consider me a Jaluo and let me be.

However, things changed a few days later when President Uhuru Kenyatta and his political rival buried the hatchet and called for a truce in the famous March 9, 2018 handshake. Ndii who had been supporting Raila’s candidature considered this betrayal and turned from one of Raila’s key strategists to a bitter critic of the former Prime Minister.

Apart from attacking Raila, Ndii has never shied away from directing his vitriol at the Luo community.