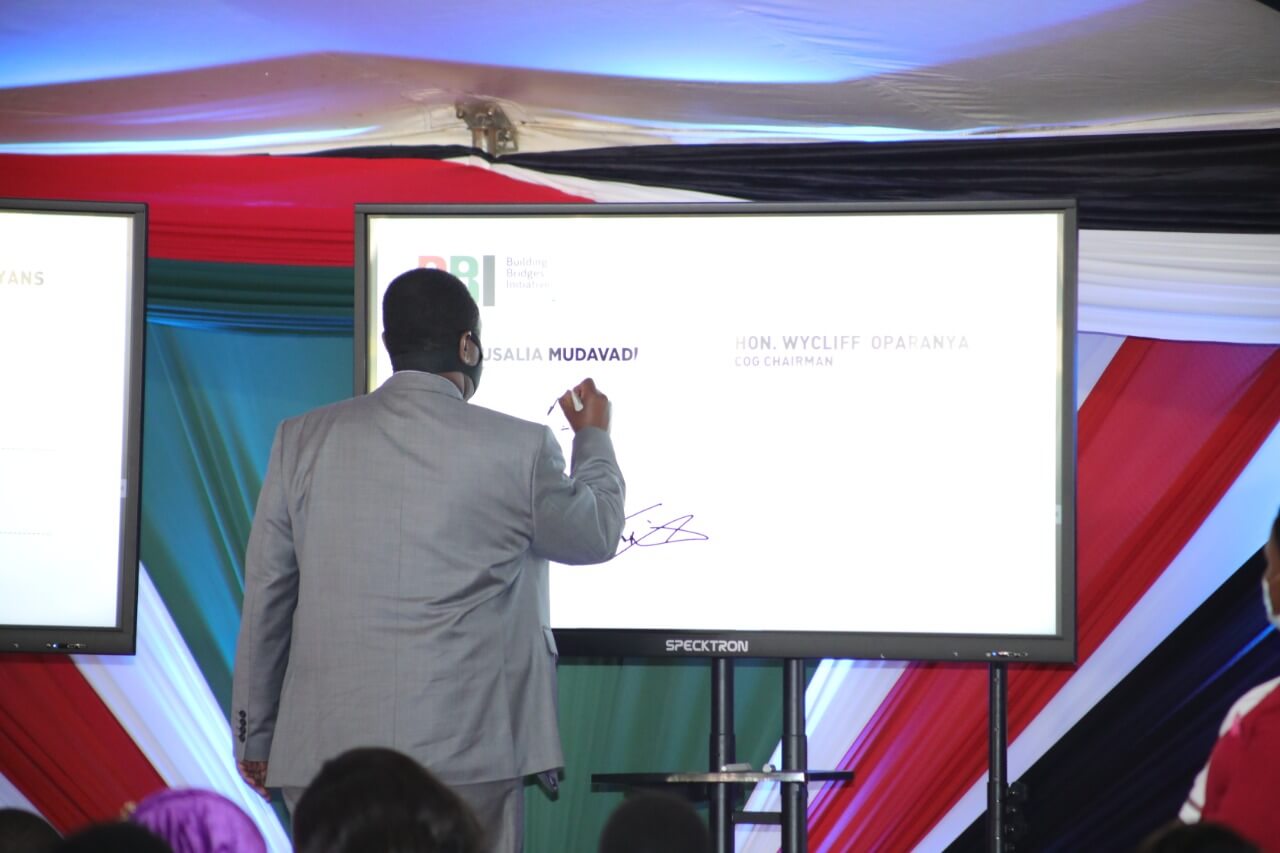 (KDRTV) – ANC leader Musalia Mudavadi has surprised many after he emerged as one of the biggest supporters of the BBI report.

For a long time, the former Sabatia MP looked like he would be joining the NO camp. There was even a rumour that he was angling at making a deal with DP William Ruto. Cornered, Mudavadi said that he can only work with Ruto if he (Mudavadi) becomes the flag bearer in 2022.

At the launch of the BBI report in October, Mudavadi insisted on the need to build consensus around the BBI report. He said the report is not like the 10 commandments which cannot be changed.

Particularly, the former NASA co-principal pointed out the proposal to downgrade the role of the Senate, especially when it comes to discussing county revenue allocation.

Ngonjeeni mtaona mudavadi after today hustlers address. Mudavadi is a new coward in the town. No stand . Moving with everyone who is moving. No direction. Waiting to be given mantle from nowhere.

He also said the Chief Justice should be allowed to appoint the Judiciary Ombudsman.

Mudavadi also insisted on the importance of all Kenyans being involved in the referendum.

“We must build consensus so that by the time we reach the plebiscite we would have built very broad consensus. Kenya is ours and this initiative is ours,” he said.

It was therefore surprising that Mudavadi was one of the leaders who turned up at KICC last week during the launch of BBI signatures.

Some of the issues that Mudavadi raised at Bomas were addressed before the final report. Senate still has the powers to discuss the revenue sharing formula.

BREAKING: Fence Sitters FC dependable goalkeeper Musalia Mudavadi has completed his transfer to BBI FC ending a three month transfer saga that saw Wheelbarrow Wanderers threaten to go to the Court of Arbitration for Sports for being given false hope.

However, the Judiciary ombudsman will still be appointed by the President. Worse is the proposal to increase the number of MPs. Moses Kuria has described this as a double-decker parliament.

At Bomas, Mudavadi spoke on the need to curb the public debt. How will this happen when the BBI is increasing the number of lawmakers.

Today, Mudavadi does not want anyone to talk about consensus. He has accused DP William Ruto of taking Kenyans in circles, which he says amounts to lacking leadership skills.

Building consensus is key, but time is of the essence. The BBI has timelines that should be adhered to for the country to have a say and move on. As a leader, taking Kenyans in circles without a clear position amounts to a failure to provide effective leadership. @WilliamsRuto

Is this the same Mudavadi?