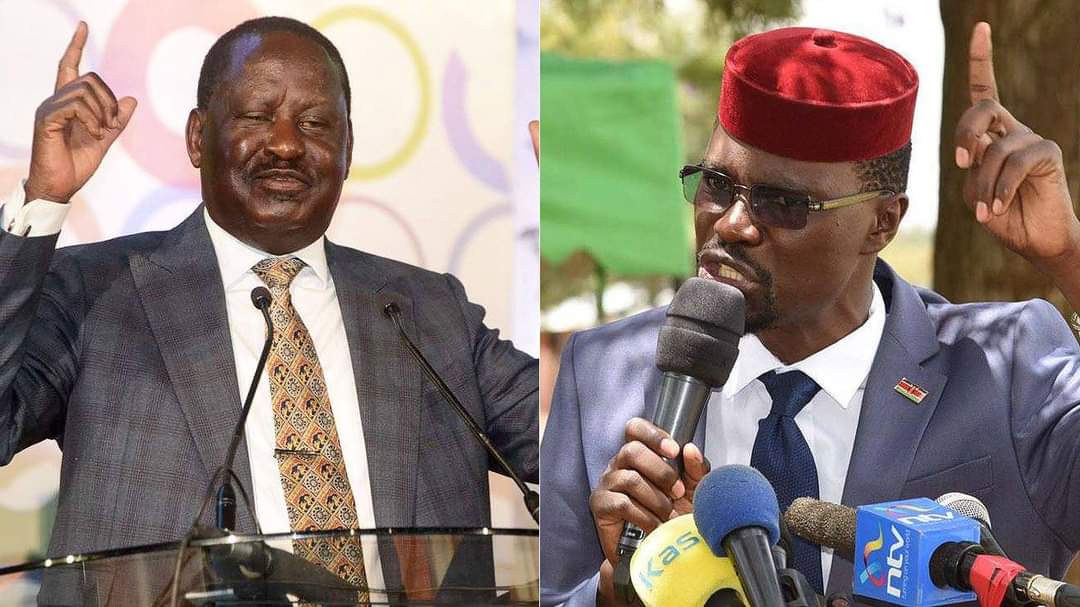 In a social media statement on January 1 the UDA MP compared Raila’s performance to that of former President Uhuru Kenyatta.

Barasa acknowledged that in the four months Uhuru has been the regional peace facilitator, progress has been witnessed.

“Four months after Uhuru’s appointment as Peace Envoy by President Ruto, there are tangible results towards resolving the conflicts in DRC and Ethiopia,” he said.

He on the other hand critisised Raila Odinga’s performace as AU Envoy for Infrastructure and Development.

“5 years after RailaOdinga ’s appointment as AU Envoy for Infrastructure and Development, are there any tangible results in that regard?” He posed.

Former President Uhuru Kenyatta was on September 13 appointed as the Kenyan special peace envoy to Ethiopia and DRC.

“I have committed that the government will support those initiatives that will be chaired by President Kenyatta and I want to thank you Excellency for graciously agreeing to support us and help me in those interventions,” Ruto said then.

Uhuru visited the Democratic Republic of the Congo (DRC) in November for two days of peace talks as an East African Community (EAC) facilitator.

He stated at the time that the fighting and displacements made it impossible for him to realize the full potential of his position.

Uhuru expressed disappointment that the rebel groups had not upheld the requirements of the Nairobi Conclaves, which had been agreed to by all EAC Heads of State.

Behind the scenes, the former president has been working to bring warring factions together in South Sudan, Mozambique, the Central African Republic, and Somalia.

His efforts have already paid off, as he worked with former Nigerian President Olusegun Obasanjo to persuade Ethiopian warring factions to engage in a dialogue for the next two years.