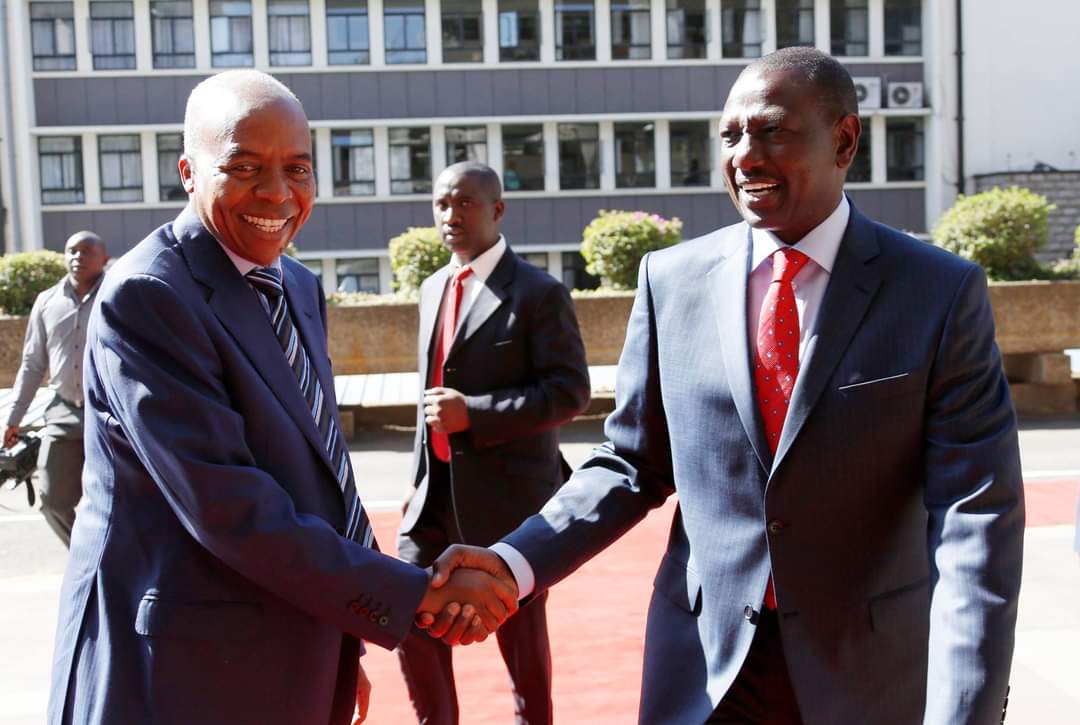 Gachagua’s statement came hours after Ruto appointed the ex CS as the new chairperson of the National Health and Insurance Fund (NHIF) board.

According to DP Gachagua, Kamau is a distinguished Public Servant who put in years of committed service to our great Nation.

“Thank you, President William Ruto, for restoring the dignity of Eng. Michael Kamau. A distinguished Public Servant who put in years of committed service to our great Nation of Kenya, he was persecuted and taken through hell by the very Government he had served,” he tweeted.

He further expressed optimism that the appointment of the former Uhuru minister as the chair of the NHIF will provide experience and efficiency to an organization that is crucial to the implementation of the Kenya Kwanza plan to achieve Universal Health Coverage for all Kenyans.

In a gazette notice released on Friday December 23, President Ruto appointed Engineer Kamau to take over from Lewis Nguyai’s tenure who was appointed by President Uhuru Kenyatta.

“In exercise of the powers conferred by section 4 (1) (a) of the National Health Insurance Fund Act, I, William Samoei Ruto, President and Commander-in-Chief of the Defense Forces of the Republic of Kenya, appoint— Michael Kamau (ENG.) to be the Chairperson of the National Health Insurance Fund, for a period of three years, with effect from the 23rd December 2022,” the gazette notice read in part.

Kamau was dismissed from the Cabinet by then-President Uhuru in April 2015 due to charges of abuse of authority and corruption.

Kamau was accused of violating the rules by disregarding the design of the Kamukuywa-Kaptama-Kapsokwony-Sirisia Road, which Engiconsult Limited created at a cost of Sh33,303,600.

In addition, he was charged with engaging into a memorandum that authorized the resident engineer to reconstruct the same road without due process.

Also Read: Details Of Proposed Bill to Lock Out Gachagua From Vying for President in 2032