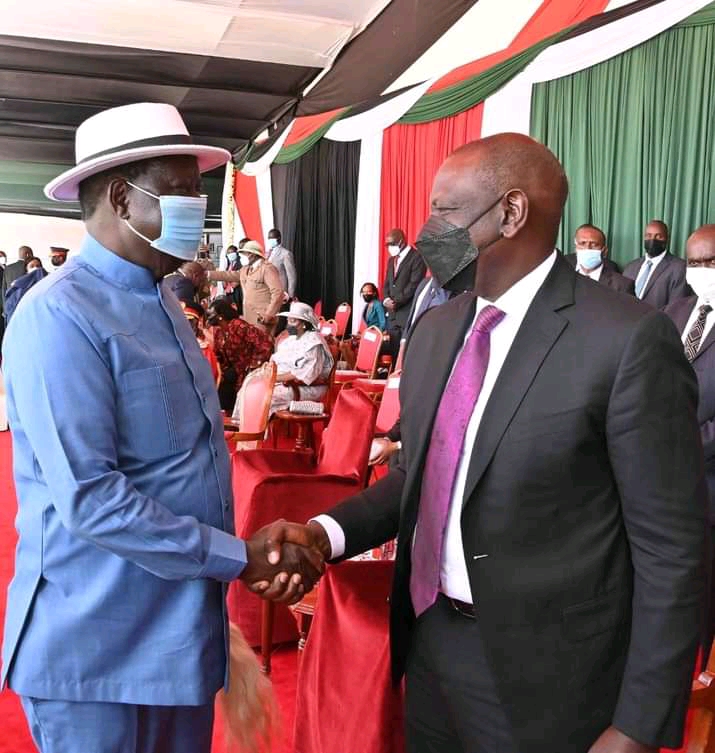 DP Ruto will kick-off his itinerary in Butali, Vihiga county where he will hold conjoint consultative engagements with thousands of grassroot leaders in the region before making subsequent inroads in Lugari.

He will rally electorates to endorse the hustler nation’s bottom-up economic model that seeks to inject financial boost to micro, small and medium business enterprises. DP Ruto believes that Bottom-up economic plan will expansively widen the small scale business which might in turn create thousands of jobs to unemployed youths across the country.

The hustler nation brigade will later wrap up the day at Likuyani market where DP Ruto is expected to address a mammoth of crowd of hustlers as he elongates the strings of Bottom-up ahead of 2022 election.

The Azimio la Umoja inventor (Raila Odinga), on the other hand, is expected to storm Vihiga County on Sunday to press the button of uniting Kenyans under the umbrella of Azimio la Umoja.