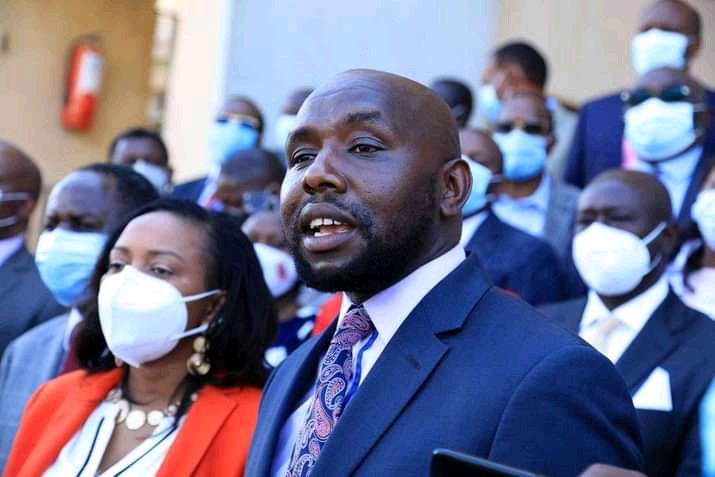 The heated exchange of words between Deputy President William Ruto’s pro-Tangatanga and pro-handshake took the better portion of the day as the handshake MPs outweighed DP Ruto’s Bottom-up legislators with 115 votes against 68 votes.

However, the far fetched celebrations have rented in hustler nation camp after the bill was halted to a later date pronouncing a tiny victory for Tangatanga faction.

“We know Deputy Speaker wanted to amuse the Tangatanga MPs because I see no reason why he postponed the sitting up-to January next year. But since he is the Deputy Speaker, he has the power and mandate to do so. We can’t do anything about it but to comply” he said.

Murang’a Women Representative Hon Sabina Chege on the same gear laughed at Tangatanga for celebrating a postponed sitting. She stated that handshake lawmakers will still outshine Tangatanga MPs on 25th January next year.

“Why are they celebrating? The bill was halted up-to 25th January next year. We shall still dust them when we revert back to the parliament. Let them prepare with their 150 MPs and meet next year” MP Sabina Chege said.

Amani National Congress (ANC) party leader Musalia Mudavadi and his counterpart One Kenya Alliance chief partner Moses Wetangula vowed to rally their allies to shoot down the bill citing hidden plans to coarce them back a certain presidential candidate.

Obama & Joe Biden Have Not Endorsed William Ruto For Presidency