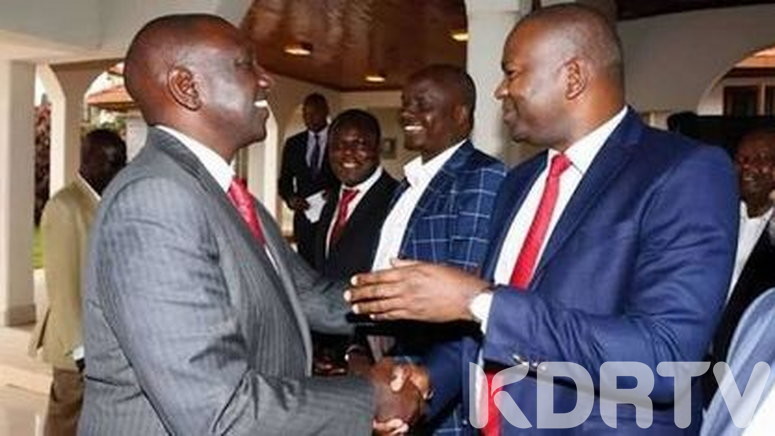 Washiali was axed from the National Assembly’s Minority Whip position in a Jubilee Parliamentary Group Meeting on Tuesday. His Deputy Cecily Mbarire was also kicked out. Navakholo MP Emmanuel Wangwe is the new Whip.

DP Ruto has been blaming Raila for nothing. Today he attended Jubilee PG at State House which saw Aden Duale retained. He also witnessed removal of Benjamin Washiali & Cecily Mbarire as Whip & deputy! He couldn't save them. Deputy Speaker Cheboi was spared. Uhuru is in control. pic.twitter.com/qcYKumBXoB

The changes have caused an uproar in Western Kenya where Washiali comes from. Echesa is the first leader to draw blood but it is believed most Tanga Tanga politicians are now questioning their relationship with the DP.

“The DP is the General, and we have been fighting for him. I can’t understand how a General can abandon his troops and remain silent when they are being purged the way we have seen in Jubilee Party,” Echesa said as qu0ted by Daily Nation.

Read Also: Ruto: No Coin Will be Stolen When I Become President

The ex-CS accused Ruto of selfishness. He said the DP has kept quiet because he hopes the purge in Jubilee will cause anger in the Luhya Community and he can benefit from it in 2022.

But he warned that Ruto is mistaken if he expects a fallout in the Luhya leadership.

For the first time, Echesa defended COTU Secretary General Francis Atwoli and Kakamega Governor Wycliffe Oparanya. He said the two had nothing to do with Washiali’s tribulations because they were not at State House.

Hon Benjamin Washiali has been sacked as the Chief Whip because of his loyalty to @WilliamsRuto.
My kid brother, take it in stride. Ua firm stand is the bridge to the bright future of the Ruto presidency.
A mere 2 years away.. pic.twitter.com/QXOY9pFN3c

“There has been talk about Mr Atwoli and Oparanya pushing for the changes, but I never saw them at State House. The person I saw was the Deputy President and unfortunately, he didn’t raise a finger on the fate of Mr Washiali,” he said.