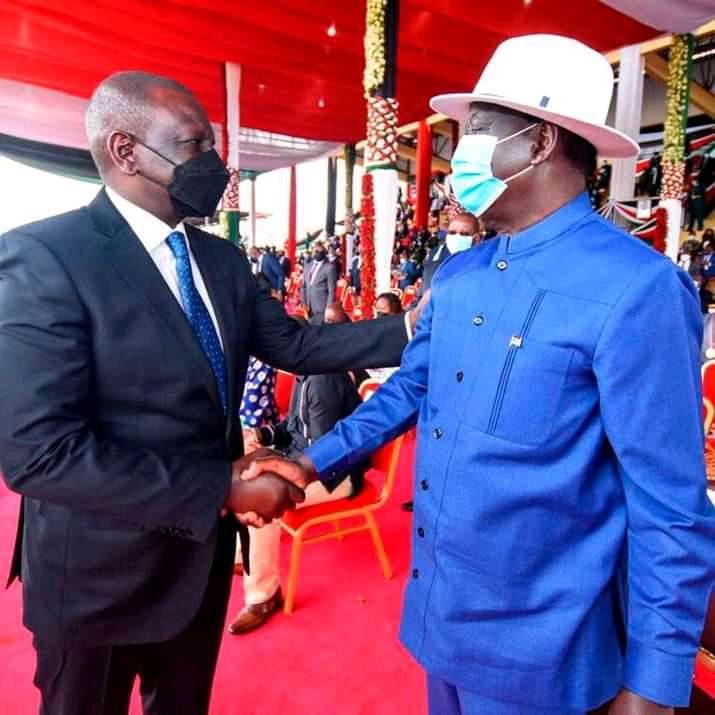 Deputy President William Ruto and Orange Democratic Movement (ODM) party leader Raila Odinga have conspicuously been exposed as the two horses flooring each other for the country’s top seat in 2022.

It is evident that Mt Kenya region might not have a muscled presidential candidate to outshine DP Ruto and Raila Odinga in next year’s presidential race. The fact that the central region might be tempted to break the odds and fail to field a serious candidate in 2022, then the legislators from the region ought to play their political cards on the chest to calculate how the region will stick closer to the next government.

The former Kiambu Governor William Kabogo has warned the Mt Kenya region lawmakers against folding their fringe parties to join the two bigwig horses ahead of 2022 general election.

Kabogo informed that should the Deputy President William Ruto and the former prime minister unite post 2022 general election, then the Mt Kenya region might be highly disadvantaged going by the fact that they would have folded their bargaining parties to join DP Ruto’s United Democratic Alliance UDA) and Raila’s Orange Democratic Movement (ODM).

He insisted that if Mt Kenya legislators crumble their parties, then they will have no MPs both in National Assembly and Senate thus jeopardizing their voices in the next government.

“Ruto’s presidency will be mad-house and vice versa and they will reach out to each other since Raila is a peacemaker and Ruto is his younger brother having worked together in 2007. If this happens, our region will be thrown into a political desert,” Kabogo told the standard.

Kabogo Trolls the People of Kiambu after Waititu Impeachment