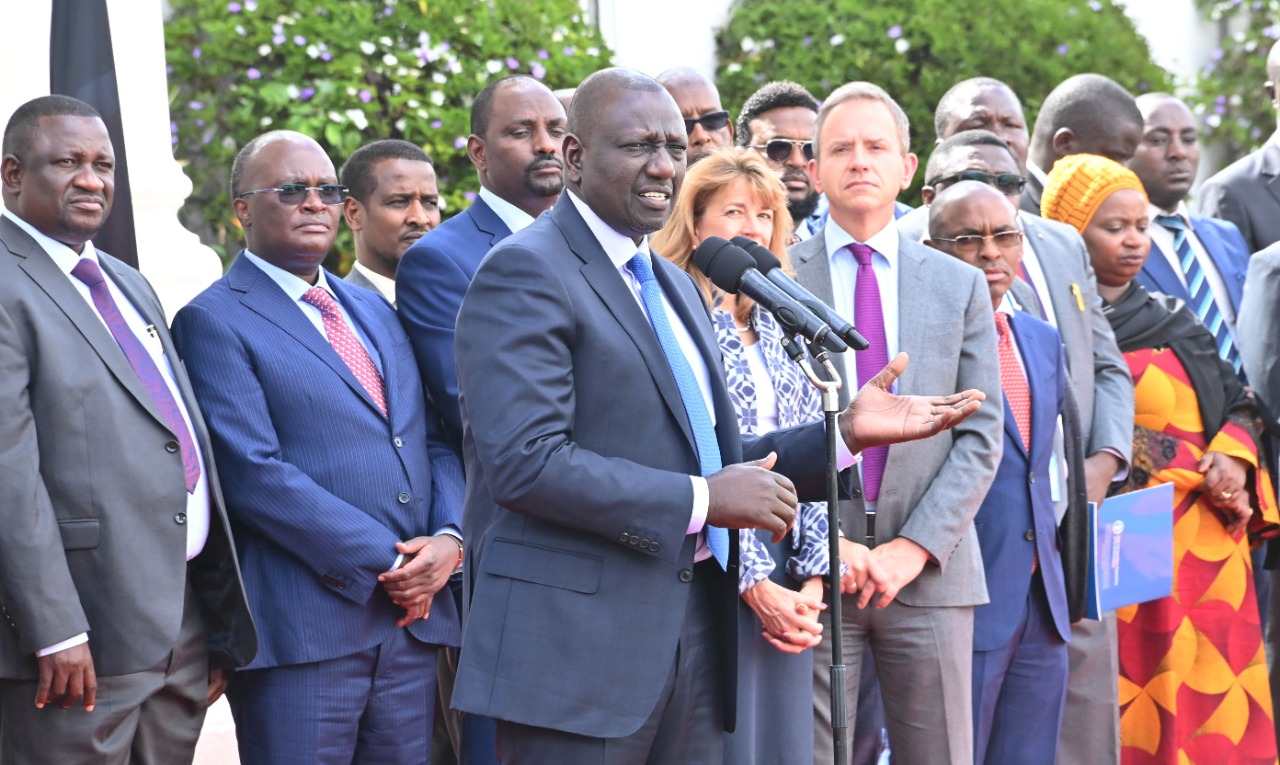 Politician-cum businessman Jimmi Wanjigi, has reacted to president Wiliam Ruto’s allegations over what happened at the Bomas of Kenya before the official announcement of the presidential results.

Speaking during a meeting with chapter 15 commissions and Independent offices at State House, on Tuesday, President Ruto lifted the lead on the chaotic scenes witnessed at the Bomas of Kenya on August 15 in the run up to the announcement of the final presidential results.

Ruto claimed there was a plot to abduct and kill immediate chairperson of Independent Electoral and Boundaries Commission (IEBC) Wafula Chebukati.

According to the President, the plot to abduct Mr Chebukati was sanctioned by the ‘highest’ office and the plan was to paralyse the commission and install ‘friendly’ commissioners that would eventually announced a candidate that was not elected by the people

“We know that there was a direct attempt to abduct Mr Chebukati and murder him so that he commission would be paralysed, or a compliant commissioner take over and subvert the people’s sovereignty. It was a hard, cold and lonely time, the threats were dire, the promised rewards lavish and the pressure relentless,” President Ruto said.

The President, without dropping any names, said senior politicians teamed up to manage the presidential succession with a view to guaranteeing a very specific outcome of the ensuing election.

According to President Ruto, this plot was to be executed through the capture of autonomous constitutional bodies.

However, Wanjigi has opined that the president should now stop the talking and act as the head of state, He stated that it was wrong for the president to talk without taking action as his allegations are very serious.

“The Ruto Government should take action on the serious crimes alleged in the Bomas of Kenya. In the executive, his actions carry weight; they speak far louder than any words could do on their own.” Wanjigi posted on his official social media pages.

“What he said today was largely meaningless unless he is, in fact, prepared to back it up by taking steps on the following alleged capital offences: Attempted bribery of IEBC officials, threat to life of IEBC officials and family members, attempted murder of Chebukati. Enough talk, let’s see action now!” Wanjigi added.