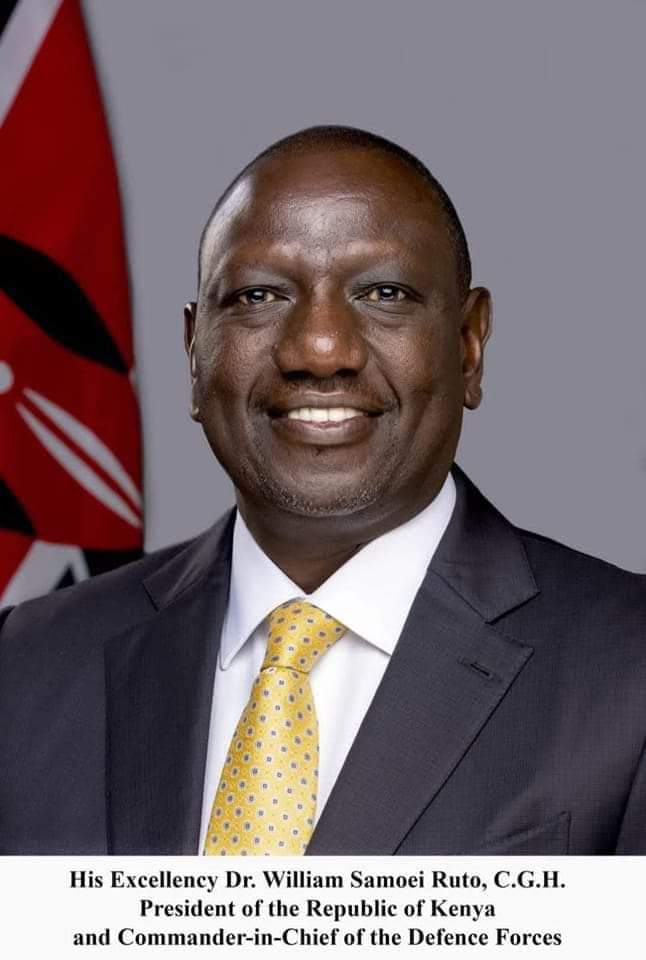 In a statement on Thursday September 15, Cyrus Oguna stated that the official portrait, which will be sold at Ksh.300.

“They can be collected from the Department of Information at 5th floor, Uchumi House, Agakhan Walk, Nairobi. Offices and individuals at the county and sub-county levels can get their copies from County/Sub-county Information Officers,” Oguna said.

Various offices and businesses are supposed to replace former President Uhuru Kenyatta’s portrait with that of Ruto in honor of the change of guard.

While there is no law mandating that all Kenyans display the portrait in their offices and companies, previous administrations have issued various guidelines on the subject.

In 2016, the Ministry of Interior issued a statement alerting traders that they would face penalties if they don’t have the President’s portrait.

In the new Presidential portrait, the head of state Dr. William Samoei Ruto is dressed in a grey coat, White Shirt, and a Polka-dotted yellow tie which symbolises his UDA Party colour.

The Presidential portrait also has the words “His Excellency Dr. William Samoei Ruto, C.G.H. President of the Republic of Kenya and Commander-in-Chief of the Defence Forces.” Written in its footer.

William Ruto’s presidential portrait features a portion of the Kenyan flag on a grey background, in contrast to ex President Uhuru Kenyatta’s, which merely featured a plain white background.

Besides the new portrait, President Ruto has a new presidential standard. The standard which was first seen during his inauguration on Tuesday September 13 features; the national flag’s colors on a shield and two crossed spears placed in a color yellow background. Additionally, it features a wheelbarrow, the emblem of Ruto’s UDA Party.

Subscribe to watch latests videos
In this article:Headlines, President Ruto