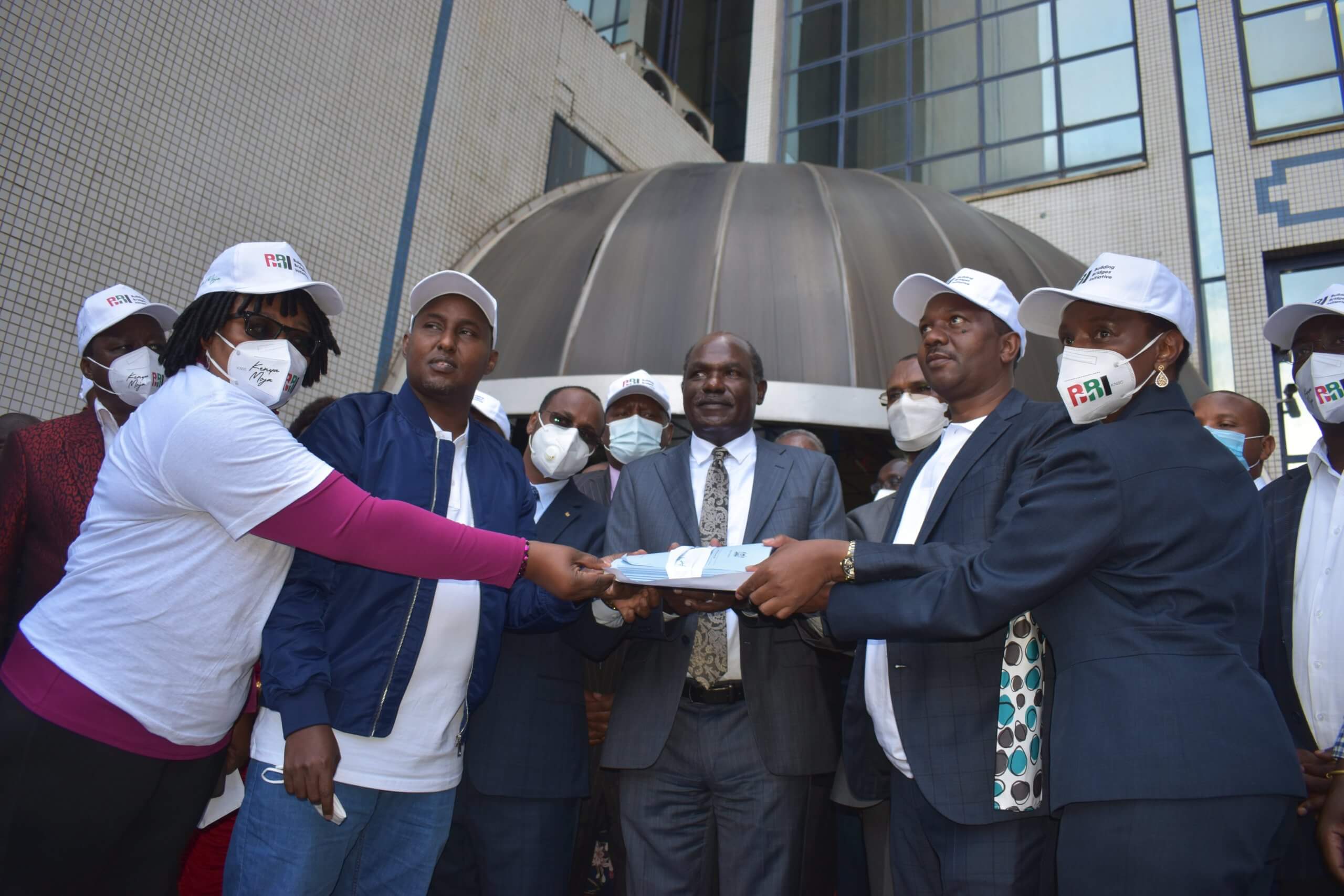 (KDRTV) – The BBI team has questioned the Independent Electoral and Boundaries Commission’s (IEBC) demand for Ksh 241 million to verify the signatures collected in the BBI referendum bill.

IEBC acting CEO Marijan Hussein told the media that they had written to the Treasury, requesting for Ksh 241 million budgetary support before they begin verifying signatures. The money, he said, will be used to hire and train clerks who will be used for the exercise.

“We made the request a day after we received the signatures. We asked the National Treasury to give us budgetary support of Ksh 241m before we commence the exercise,” Marijan told a local daily.

However, BBI co-chair Dennis Waweru has questioned how the commission reached such a high budget. He said the much is too much and suggested only Ksh 1 million can be used for verification, especially with technology.

“Ksh 241 million is too much. This is an exercise that can be done using very minimal resources. We can even do it with Ksh 1 million,” Waweru said.

There is a feeling within the BBI secretariat that IEBC is discussing its budget in public to whip emotions with the huge amounts of money they are demanding for the controversial report.

This mirrors an earlier clash between ODM leader Raila Odinga with IEBC chairman Wafula Chebukati. Raila questioned Chebukati’s claims that the commission will need Ksh 14B to conduct the referendum.

According to the former Prime Minister, a referendum should not cost more than Ksh 2B.

Subscribe to watch latests videos
In this article:BBI Signatures, IEBC