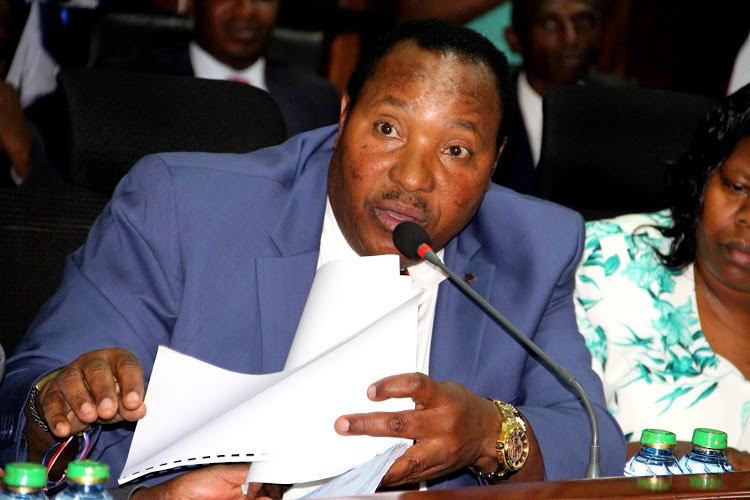 (KDRTV) – Former Kiambu Governor Ferdinand Waititu can breathe a sigh of relief after his name was gazetted by the Independent Electoral Commission (IEBC) as one of the candidates in the Nairobi Gubernatorial race.

Waititu, who will contest for the seat as an independent candidate, moved to court on Monday to contest IEBC’s decision to bar him from the race over integrity issues.

In the petition, the former Embakasi MP argued that he deserves to contest in the Nairobi race as he has not been found guilty of any crimes.

“As it stands, the applicant in this matter has not been convicted of any crime and has fully complied with all electoral guidelines provided when running for the aforementioned electoral position,” the court was told.

However, this cannot happen as the court suspended the by-election following a petition filed by Governor Mike Sonko.

Meanwhile, a Nairobi court on Tuesday paved way for the swearing-in of Ann Mwenda Kananu as Nairobi Deputy Governor after a voter withdrew a case challenging her nomination.

Nairobi gubernatorial twist:
Anne Kananu Mwenda could be the next governor for Nairobi city county after a Nairobi voter who had challenged her nomination as the county’s deputy governor filed a notice to withdraw the case.#TV47News pic.twitter.com/NSOPKNUpK5

Pundits believe that the move could be another way to avoid the high-stake Nairobi by-election, as Ms Kananu could become Governor.