The Independent Electoral and Boundaries Commission (IEBC) has gazetted names of nominated members of parliament and senators ahead of Thursday’s swearing of MPs from both houses.

“Each candidate reflects the appropriate number of qualified candidates and alternates between male and female, save for the women candidates under Article 98 (1) (b) of the Constitution, in priority in which they were listed.

“The seats referred to in the schedules have been allocated in proportion to the total number of seats won by the candidates of the political party at the general election held on the 9th August, 2022,” IEBC Chairman Wafula Chebukati said in the gazette notice.

In the National Assembly the William Ruto led UDA party got the majority of the slots.

UDA was allocated 5 out of the 12 slots while ODM got 3. ANC, UDM, Jubilee and Wiper got one slot each. 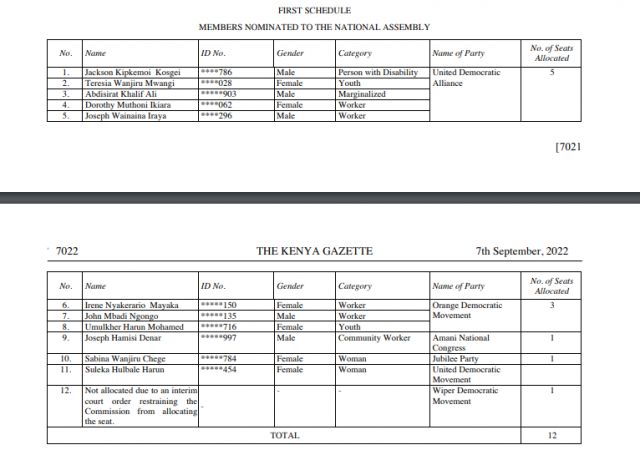 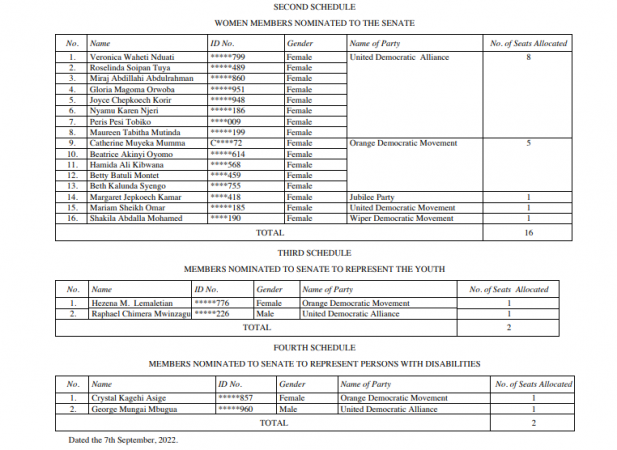 Subscribe to watch latests videos
In this article:IEBC, Nominations