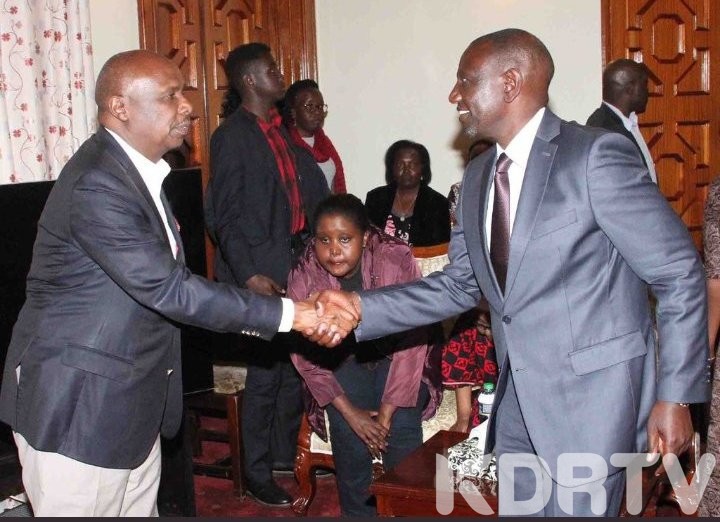 KDRTV-There is no doubt that the death of the late former president Daniel Arap Moi on February 4th this year left a vacuum in the Rift Valley region’s politics. Moi, who rose from a mere teacher to a President for 24 years, was branded a professor of politics  as he mentored several other current politicians including president Uhuru Kenyatta.

Since his retirement in 2002,Moi was not actively participating in politics but it was a norm for politicians to visit his Kabarak home for guidance and even blessings a clear indication that he had control of the game . On his own side, Mzee Moi seemed to have mentored his younger son and Baringo Senator Gideon Moi to follow his footsteps and maybe one day lead the country.

However, Senator Moi’s rise to control the politics of the Rift Valley region has been facing one challenge and that is Deputy President William Ruto. Ruto boasts of rising from a humble background in Sugoi village in Uasin Gishu County to the second in command and is very determined to take over from President Uhuru Kenyatta in 2022. In fact, Ruto’s 2022 presidential bid was declared in 2013 during the formation of the Jubilee coalition.

On several occasions, Gideon Moi and his KANU party have been quoted saying that the younger Moi will be in the presidential ballot in the upcoming polls. This has led to the emergence of two political factions in the Rift ;one supporting the self proclaimed hustler and another one supporting the son of Kabarak.Ruto and his allies have been quick to dismiss Senator Moi’s presidential ambitions while the latter and his confidants have been questioning Ruto’s integrity and fitness to lead a nation.This has been termed a supremacy battle.

During the burial ceremony of Mzee Moi, Gideon was given over the iconic, emblematic and ivory-plated baton which Mzee used to  as symbol of power meaning that the senator would take over from where his dad left. This did not however go down well with his critics who have made it that the role Gideon was given does go beyond his family.

With about three years to the general elections,it is true to say that the supremacy battle has just kicked off and more political dramas and contests are set to be witnessed between the two political rivals.