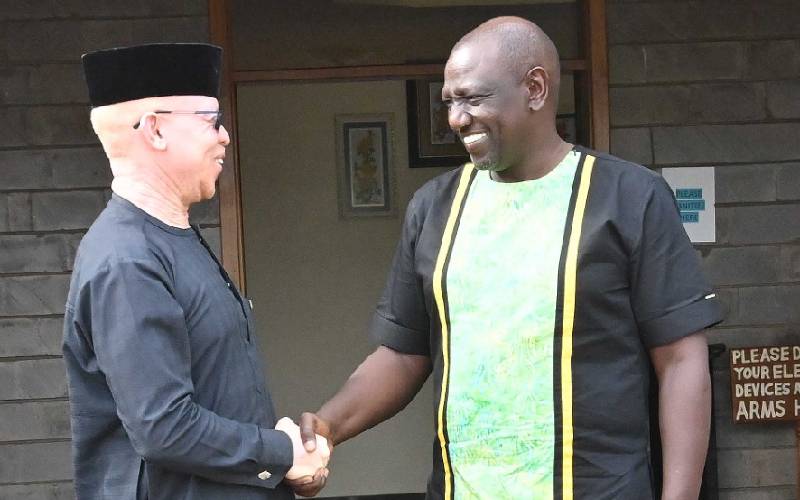 Former Nominated Senator Isaac Mwaura has for the first time broken his silence over missing a state appointment position in the Kenya Kwanza government.

Speaking on Monday January 23 night during an interview with NTV, the former nominated Senator said that he will not stop supporting Ruto despite not landing any government job so far.

“I will leave that to Ruto because he is the one who has the mandate of choosing who he feels is right.I am a UDA diehard. I registered 17,000 people when I was vying for the MP position, opened two offices and employed four people to work for UDA,” he stated.

Mwaura revealed that supporting Ruto had made him lose a lot both in the political world and personal life.

“I was actually sent away from the Senate for supporting UDA, and this brought a lot of trouble. I stayed out of the Senate for seven months, was accused of seven cases, a travel ban, and went to court more than 30 times. I went through all these because I believed Ruto’s government deserved it and I thank God that Ruto is the President of Kenya,” Mwaura recounted.

He further revealed that he joined politics at a young age and would never be shaken by anything.

“I got my first governmental appointment at 22 years while still at Kenyatta University in my second year, first semester,” he explained.

Mwaura was first nominated in 2013 by the ODM party to represent special interest groups.

In 2017 he was nominated by the Jubilee party as a Nominated Senator.

After the 2022 general elections Mwaura applied for the Commission on Revenue Allocation (CRA) position but lost to Azimio’s Fatuma Gedi.

He also missed out on being nominated in the National Assembly where Kenya Kwanza bagged majority of the seats.

Also Read: President Ruto Warned Over His Recent Appointments, Told What To Expect