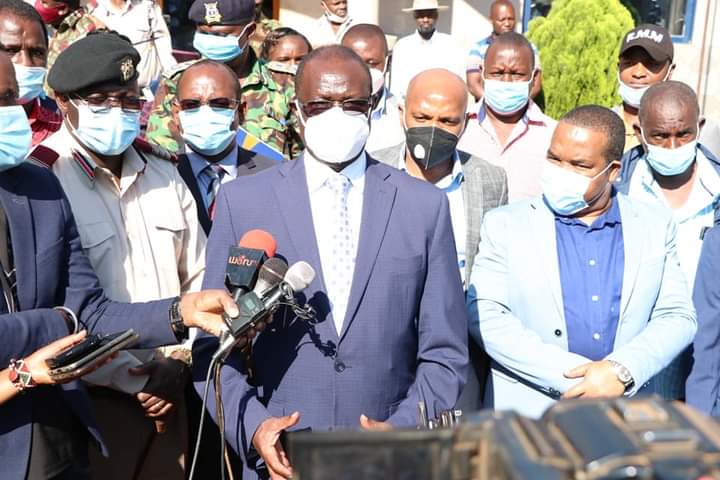 Meru Governor Kiraitu Murungi has urged the Court of Appeal to focus on changes BBI is expected to bring rather than just looking at the document.

The 70-year-old governor, who has been supporting the document because it will increase revenue to counties, said on social media that he was impressed by the court ruling but it’s time now to look at the deeper meaning in the document.

“I have been following with keen vested interest the legal and political storm raised by the High Court in the consolidated BBI rulings,” he said.
“The question has been whether it is judicial vengeance and punishment against President Uhuru Kenyatta for his perceived transgressions against the Judiciary, or whether it is a cause celebre in the independence of the Judiciary, the rule of law, and judicial activism. Put simply, are we judicialising a political process or are we politicising a judicial process?”
READ ALSO: SDA Girls Are Ruthless And Can Stress You To Death -Top Journalist Claims
Murungi further said the judges are also members of the community and are should offer better solutions on how the document can be finetuned rather than locking it away.
“As an Advocate of the High Court, I must say that I am impressed by the legal analysis and quality of the rulings especially on the procedural flaws identified therein,” he said.
“We need to enhance inclusiveness and uplift the poor struggling Kenyans. We need the 35% promised by BBI to the Counties. We need to implement the two-thirds gender rule.
“The judges are also our brothers and our sisters. They live in this Country.
Even as we celebrate them for their wisdom in legal technicalities, we expect them to be progressive and give judicial solutions to these contradictions.”
The governor concluded by saying that he hopes the team will give BBI a chance.
“It is my hope and prayer that as we go on appeal, the Court of Appeal will rise above narrow legal and procedural cobwebs, and consider BBI in its broad canvas, in a jurisprudence to advance the fundamental interests of Kenyans,” he said.