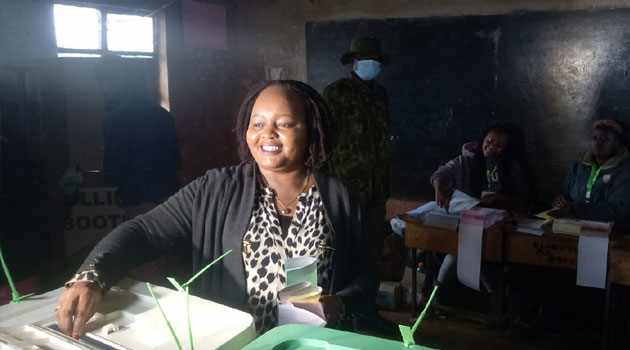 The 2022 General Elections has seen a number of women taking up top county seats with 7 already being confirmed.

In this article KDRTV takes a look at the 7 powerful female politicians who have beaten to become Governors.

Waiguru is the only female governor remaining from the 2017 class who was vying in the August 9 polls. Waiguru, who was defending her seat on the UDA Party ticket, defeated Kirinyaga Women Representative Purity Wangui Ngirici with 113, 088 votes.

The newly elected Kwale County governor is the first woman to hold this position in the Coast area. She received 59,674 votes to defeat Hamadi Boga. Achani was outgoing Governor Salim Mvurya’s deputy.

Kihika’s ascension in the County’s politics has been deliberate and steady. She has managed to move from Nakuru County Assembly Speaker to her current position as the second Nakuru Senator and us now going to serve as Governor.

She received a staggering 440, 707 votes which was enough to remove the incumbent Lee Kinyanjui from the Nakuru County Government precincts.

Wanga, who has served as Homabay County Women’s Representative for two terms since 2013, understood that securing the gubernatorial position would distinguish her from other women in Luo Nyanza.

Mabire who previously served as an MP for Runyenjes is now the most powerful person in Embu County after becoming governor. She garnerd 108,610 votes to succeed outgoing governor Martin Wambora.

The Meru County Women Representative didn’t have a chance against Kiraitu Murungi and Mithika Linturi wccording to opinion polls. She however got 209,148 votes, making her the only woman to win the gubernatorial race as an independent candidate.

After loosing in the 2013 and 2017 general elections Wavinya has finally become the Machakos Governor.

Also Read: Big Names Who Have Lost Seats So Far