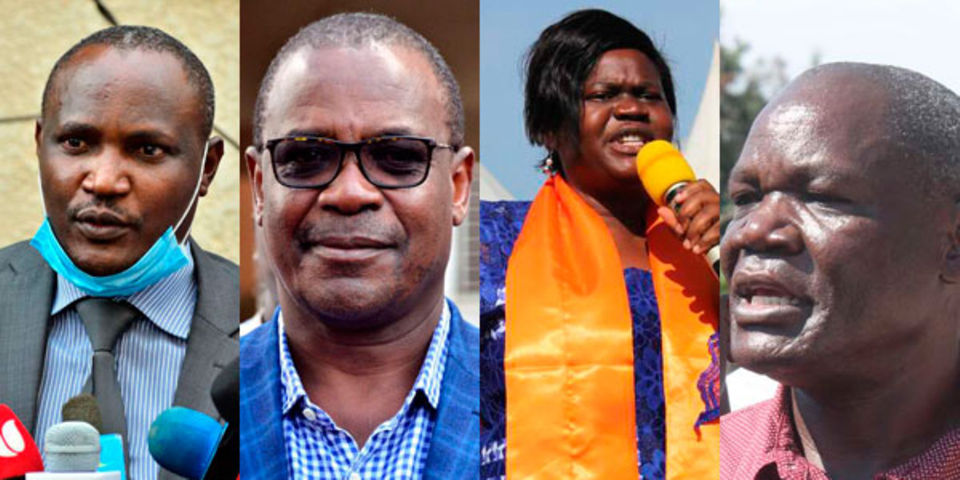 A political showdown is expected in Homabay County as the race to succeed Governor Cyprian Awiti is heating up.

The Homabay race is anticipated to give the ODM leader a big headache based on the big politicians interested in the seat.

The ODM party led by Raila Odinga may opt to use consensus in picking its candidate ahead of the August 9 polls.

However, the arrangement may turn out to become the Orange party’s biggest test. The negotiated democracy was adopted in 2013 to settle between Awiti, Gladys Wanga, and the late Otieno Kajwang.

The arrangement agreed that The governorship to be handed to the bigger Rachuonyo, which includes Karachuonyo, Kasipul, and Kabondo, Suba was awarded the Senate,  Rangwe was given the woman representative while Ndhiwa was given the deputy governorship.

The candidates have already taken to the streets, some after revealing their multimillion-campaign machinery.

The candidates are also courting political bigwigs, whom they have invited to their events in order to build their political profiles and persuade voters that they are the best candidate for the governorship.

The most difficult battle for hopefuls is securing an ODM ticket. With ODM being the most popular party in the county, receiving the party’s ticket for any seat in the region is as good as winning it.

Subscribe to watch latests videos
In this article:Homabay County