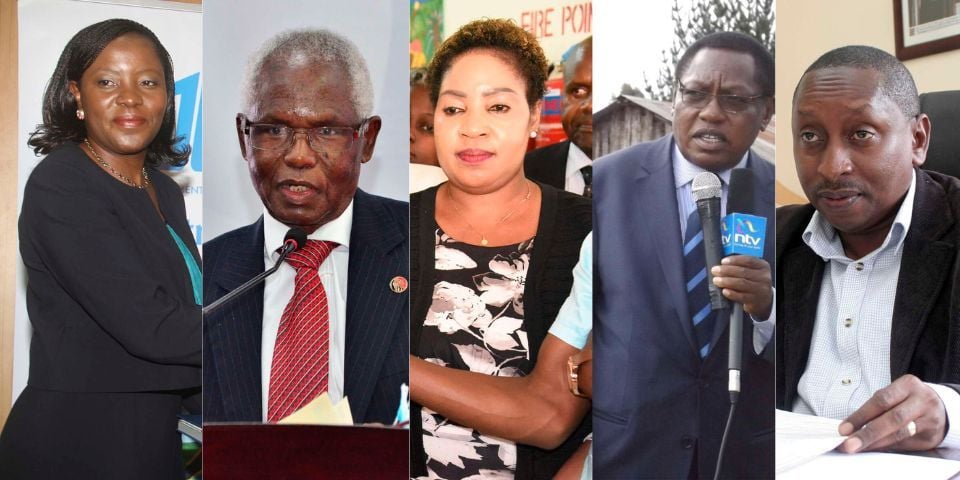 The government transition in the country has continued to claim more casualties, including influential individuals who served in the retired President Uhuru Kenyatta’s administration.

President William Ruto, who had a falling out with his old employer when he was Deputy President, has been purging senior State officials, despite the opposition’s insistence that public officers should not be the victims of succession politics.

Senior public servants, state operatives, and parastatal heads who served during the previous administration have been removed as the Head of State forms his administration.

The former Kenya Revenue Authority board chairperson and ex-Head of Public Service was in November 17 replaced by Eng. Anthony Ng’anga Mwaura after serving for nearly three years. Ng’ang’a previously served as chair of the elections board at the United Democratic Alliance (UDA), the party that propelled Presidnet Ruto to power in the 2022 polls.

The former chairperson of the National Council for Population and Development board was last week replaced by Former Kenya Defence Forces chief of defence forces Gen (Rtd) Julius Karangi. Karangi previously headed the the National Social Security Fund (NSSF) Board of Trustees.

The ex-chairperson of the board of Kenya Pipeline Company (KPC) has been replaced by Faith Boinett.  Achieng served in at KPC for nearly 2 years before President Ruto revoked her appointment.

Other Uhuru Kenyatta appointees who are licking their wounds after President Ruto’s victory in the August 9 elections include former Director of Criminal Investigations George Kinoti and former Inspector General of Police Hillary Mutyambai,