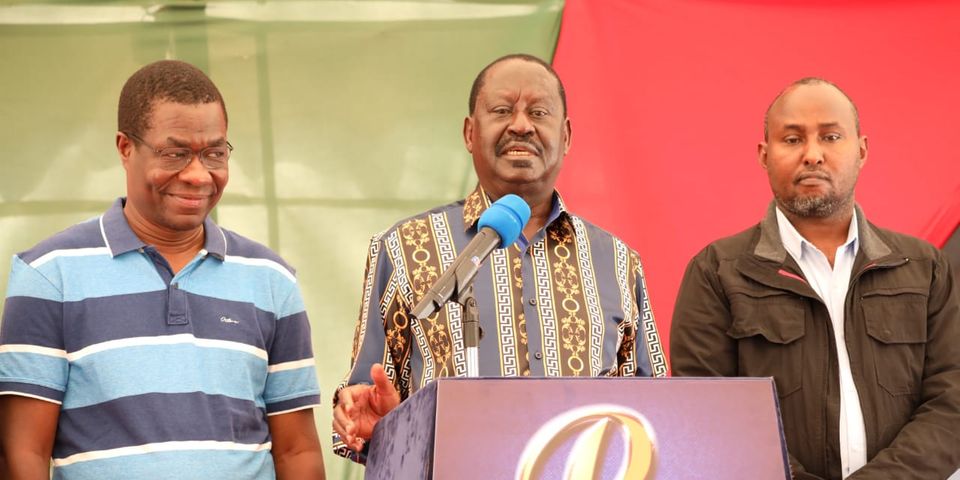 In a statement on Sunday, November 20, the former Prime Minister stated that the lifting of the GMO ban in Kenya is illegal as the required processes for such a decision were not followed and that the people’s voice must be heard and respected.

“Party Leader Raila Odinga opposes the planned importation of GMO maize by the Ruto administration. GMO’s are dangerous to both human and animals lives and that they have been banned in major European countries and Americas. Parliament should take the lead on this matter,” the ODM Party said in a statement on Sunday November 20.

“Moses Kuria’s remarks on this matter are regrettable. To say that even without GMOs, Kenyans will die anyway is a mockery to the people of Kenya,” the statement added.

The ODM leader also sympathized with Kenyan farmers noting that they will face losses as they will be unable to match the competition from GMO maize.

“The directive will flood Kenyan market with cheap maize forcing farmers to sell their produce at a loss to match the competition,” He sympathized.

Raila also vowed to stand with Kenyan farmers to oppose the directive signaling a looming showdown between the opposition camp and the Ruto-led Kenya Kwanza government.

“We will oppose this directive and stand in solidarity with our farmers because they have invested a lot to grow maize and they cannot be impoverished by imported product,” Odinga vowed.

President William Ruto had lifted the GMO ban during his first cabinet meeting on October 03, 2022.

A number of politicians including Nandi Senator Samson Cherargei and lawyer Dr. Miguna Miguna has so far opposed the lifting of the ban.