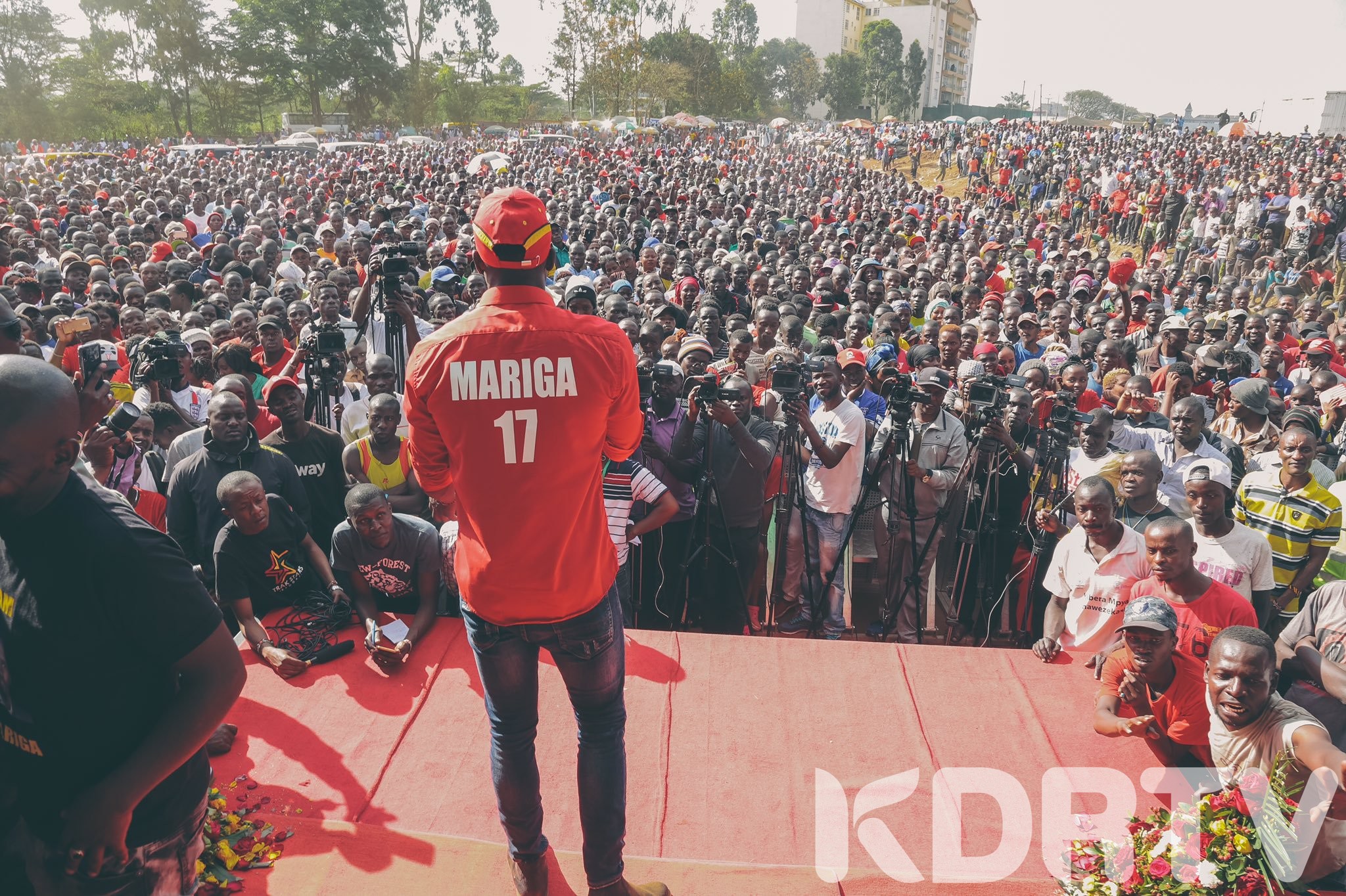 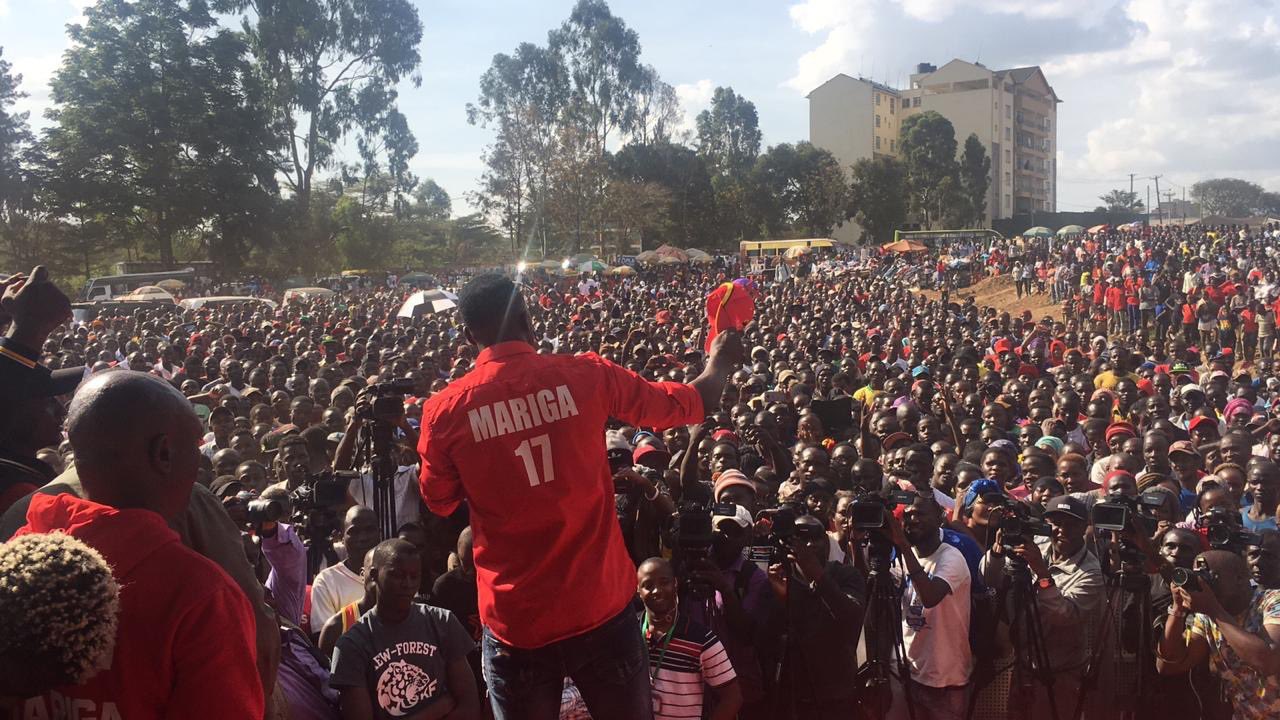 Jubilee Candidate in Kibra by-elections MacDonald Mariga is currently the talk of town after thousands of people turned up for his rally at the DC Grounds on Sunday afternoon.

According to pictures that have gone viral on social media, his event was a sellout.

Mariga in Kibra this afternoon. Thank u voters! pic.twitter.com/TrMyiIc2t2

‘Tanga tanga’ bloggers like Boni Khalwale and Dennis Itumbi have since suggested that the crowd shows that Jubilee has invaded Baba’s bedroom and Mariga is looking forward to a landslide win.

But a theory is circulating on social media that the former Harambee Stars midfielder could have imported foreigners to attend the rally. According to this theory, most of the people who were present had new Jubilee t-shirts and caps, meaning it had been pre-arranged.

In a Political rally when you see the supporters wearing brand new campaign t-shirts with caps 🧢 then 3 things are involved :
1. Fake supporters ferried to the ground.
2. Locals bought to attend the rally.
3. Refer to number 1 and 2#Mariga pic.twitter.com/7Y55aQKY0C

Did Mariga pay people to attend the rally, or did he hire foreigners to attend? What point could he be trying to prove if any of these claims are true?

A Twitter user only identified as Kioko Nzyimi claimed that he had met buses from as far as Murang’a and Kiambu ferrying people to Kibra. His claims have not been substantiated.

The allegations come just a day after Deputy President William Ruto promised to pitch camp in Kibra and ensure Mariga wins the seat which has been traditionally reserved for Raila Odinga’s party.

“I was shocked when an individual laid claim that Kibra is their political bedroom and the region did not even have toilets and locals are grappling with dire sanitation challenges. It is the Jubilee government that built roads and public toilets in Kibra,” Ruto said during a church function in Kapseret Constituency.

MACDONALD #MARIGA pulls huge, unprecedented crowds in Kibra, raising stakes against earlier perception that he was not a strong candidate. Pundits are divided about whether the football star would emerge the winner against favourite ODM party candidate, whose campaigns are lowkey pic.twitter.com/DarrYKHioH

Mariga has faced numerous hurdles in his quest to replace Ken Okoth, who succumbed to cancer in late July. Currently, some politicians from Jubilee have campaigned against him.

Wajir Woman Rep Fatuma Gedi revealed on live tv that her conscience could not allow her to support Mariga.

“On Mariga, my conscience cannot allow me to support him. When you put on the TV, all you see is the candidate promoting betting, which is not good for kids,” Gedi said.

Read Also: Kibra is not Your Bedroom! Ruto Vows to teach Raila a lesson

Jubilee nominated MP Maina Kamanda has publicly declared his support for Imran Okoth and even held meeting with the Kikuyu community in Kibra to drum up support for the man he has branded as handshake candidate.