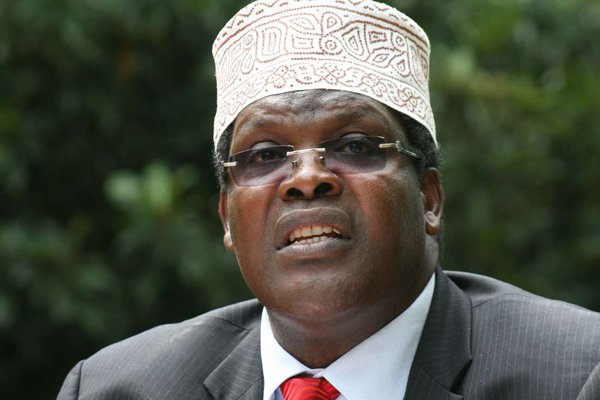 The second in command on Saturday during the burial of the late  Baringo deputy governor Charles Kipngok stated that the government will allow for the reintroduction of shamba system so as to increase food production and combat food insecurity.

“This is your government, we have issued an order for citizens to be allowed to cultivate crops in forests so that we increase food production in this country,” said the deputy president.

The DP said the order will be effected soon as President Ruto announces his cabinet.

“The shamba system will return. Just wait a little for us to appoint a new Environment CS,” he added.

Miguna has asked the DP from making road side declarations noting that farming in forests is a bad idea.

“Rigathi must avoid these kinds of roadside declarations. Farming in forests is a very bad idea,” he said.

Kakamega Senator Boni Khalwalwe has also joined a number of Kenyans in poking holes on Gachagua’s sentiments arguing that the move could destroy forests and dartify water sources.

“I’m the Senator of Kakamega, home to Kakamega Forest, the only remaining, indigenous tropical rain forest outside the Congo of DRC & the Amazon of Brazil. I would find it extremely difficult to disagree with Prof Wangari Mathai,” said Khalwale.

The previous government under former President Uhuru Kenyatta had imposed a moratorium on logging in public and community forests in 2018.

This was after a task force that had been formed to look into deforestation in the country recommended that they government bans activities in forested arrears. The moratorium also ended the Shamba system.

DP Gachagua in on Monday set to hold a crisis meeting to harmonise urgent interventions to stem the severe adverse effects of ravaging drought in arid counties.