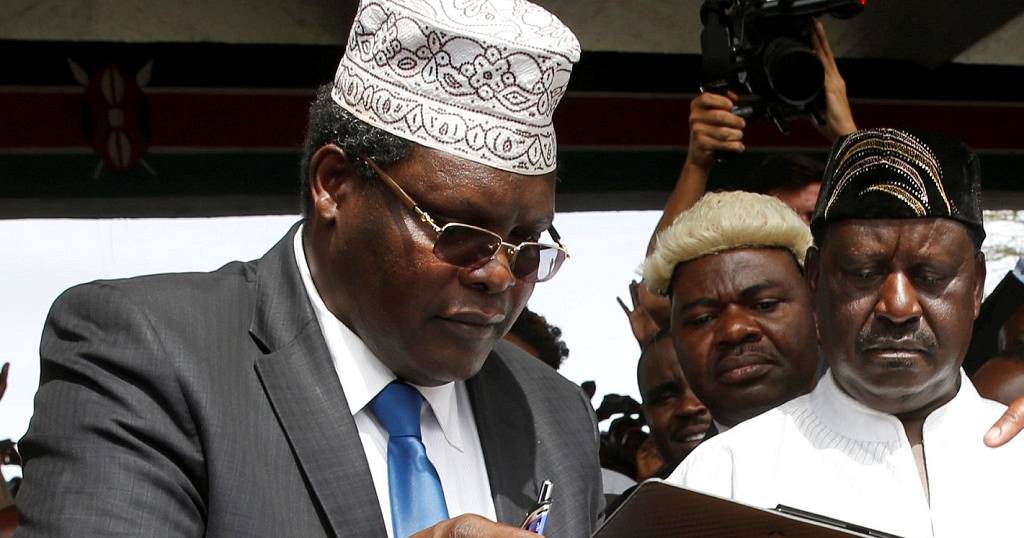 Lawyer Miguna Miguna has threatened to sue a judge who he accused of dismissing four cases that he had filed against former Interior CS Fred Matiangi and Principal Secretary Karanja Kibicho.

In a statement on his social media pages on Sunday, November 19, the firebrand lawyer claimed that Judge C.Meoli dismissed his case six days to his arrival in Kenya on October 20.

Miguna stated that it was improper for the judge to dismiss the case without notifying him and that he was not given the opportunity to defend himself.

“Who is Justice C. Meoli? On whose ORDERS did she dismiss 4 of my cases against Fred Matiang’i, Kibicho & Others on 14 October 2022 – 6 days before my return to Kenya – without notice to me instead of rendering judgment against the defendants who hadn’t defended,” Miguna lamented.

Miguna further requested his lawyers resume the cases and file a lawsuit against the judge. He stated that the judge’s action is improper and against standard protocol.

“Justice C. Meoli must be investigated for surreptitiously presiding over multiple cases against state perpetrators of impunity and other apologists in secret and without notice to me. I have instructed advocates to reinstate the cases and pursue action against the judge,” he said.

“The rules of the Court and common practice around the world don’t permit a single judge to preside over and determine more than one case in one sitting, yet Justice C. Meoli purported to dismiss more than 4 cases I had filed against various parties at one sitting without notice.” He added.

Miguna had in June filed a lawsuit against Fred Matiangi in Canada and demanded to be compensated at least Ksh 2.8 billion.

He stated that the money will cover the losses caused by his deportation, defamation, and illegal detention, among others.