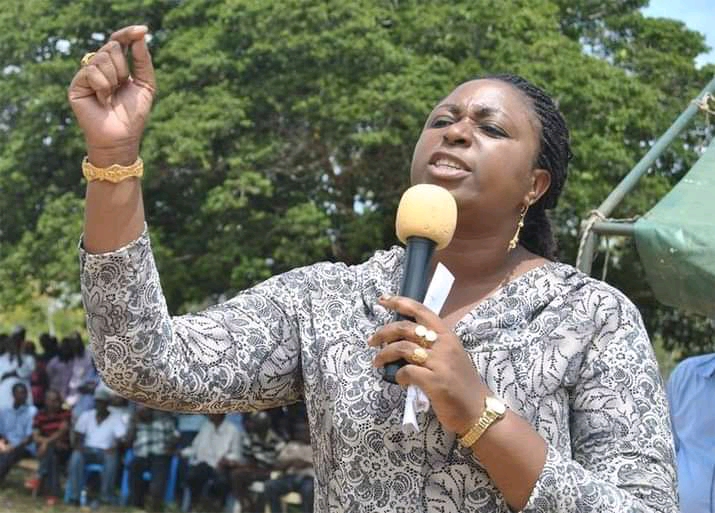 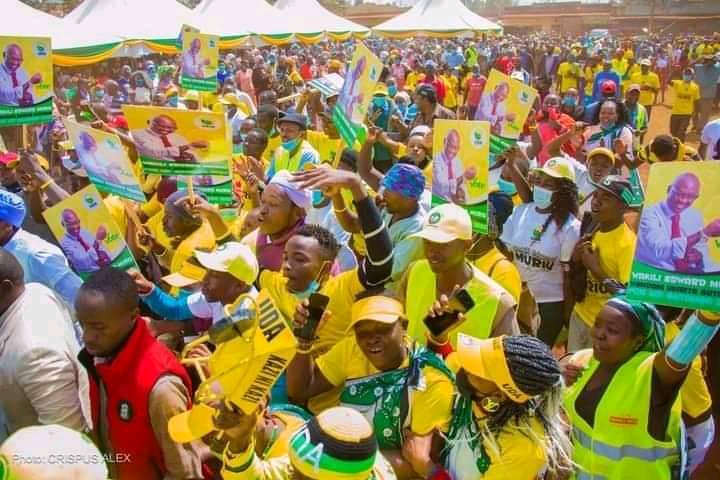 Speaking during the bursary fundraising drive in Gatanga Constituency, the fearless DP Ruto’s representative Hon Aisha Jumwa delivered a stern warning to the head of state president Uhuru Kenyatta following his recent remarks of not handing over presidency to a thief.

Jumwa noted that Uhuru’s solely obligation in next year’s anticipated hot presidential race will be handing over instruments of power to the elected candidate by electorates and not to interfere either directly or indirectly with the people’s will.

“I heard you saying that you will not handover power to a thief, we agree with your sentiments, but you must know that your only sacred role in next year’s presidential race will be handing over instruments of power to the elected candidate by these electorates. You will not impose to us your candidate” Aisha Jumwa angrily warned.

Murang’a Senator Irungu Kang’ata echoed Aisha Jumwa’s statement by revealing that the rich-vote Mt Kenya region has already shifted from president Uhuru Kenyatta’s Jubilee to Deputy President William Ruto’s UDA. He informed that the ground was typically wobbling in bottom-up economy narrative and any plan by president Uhuru Kenyatta to force the great people of Murang’a to endorse Orange Democratic Movement (ODM) will be thwarted prematurely.

“Murang’a shifted from Jubilee to UDA long time ago and anyone (indirectly referring to president Uhuru Kenyatta) purporting to impose a candidate to us will be quashed prematurely” Senator Irungu Kang’ata said.