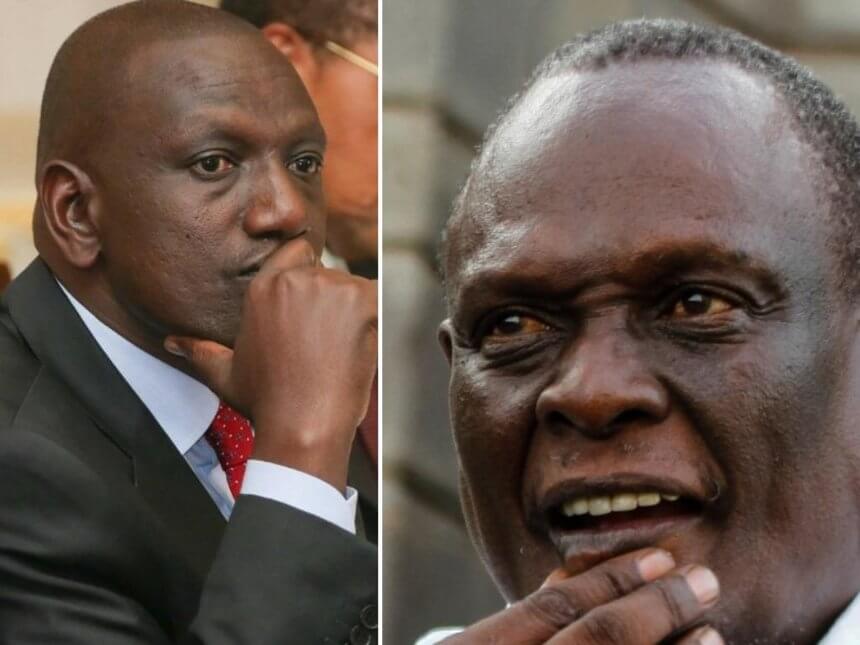 Jubilee party vice chairman David Murathe has asked Kenyans not to elect Deputy President William Ruto as the country’s next leader, claiming that his administration may be among the worst ever.

Speaking to K24 TV, Murathe listed five risky decisions Ruto might make if given the reins of power. He claimed that these choices might be punitive and hinder the nation’s efforts to advance democracy.

He first asserted that the DP would rule with an iron grip and was irritable. Murathe, a close ally of President Uhuru Kenyatta, made his case by referencing the leaked recording in which Ruto is heard purportedly threatening to strike out at his superior.

He continued by saying that Ruto would be an unrepentant president who wouldn’t hesitate to establish his power and further his goal using any means necessary.

Murathe contended that Ruto’s urge to smack Uhuru was a sign of his temperament and mentality. The DP painted Uhuru as a weak leader rather than a diplomatic politician in his response to the leaked audio that was reportedly linked to him.

However, the DP justified himself by claiming that his rivals were now secretly filming and disparaging him.

In his assault on the DP, Murathe further asserted that Ruto would not give up power if given the chance to succeed President Uhuru Kenyatta by changing the Constitution to fit his personal agenda.

Kenya, unlike many other African countries, has a democracy with a two-term limit for the presidency. Murathe claims that the DP is a vengeful leader who will sacrifice his life for power.

In the event that he loses the election on August 9, he claimed that the DP’s first resolution would reveal more about the man to Kenyans.

“Nobody can believe Ruto. He has been on record promising laptops and stadia. Ruto has been powerfully in government for 30 years. If there was something he wanted to do for Kenyans, he has had all the opportunities to do it.” Murathe stated.

Also Read: Murathe Reveals What Uhuru & His Men Will Do If Raila Losses In The August 9 General Elections