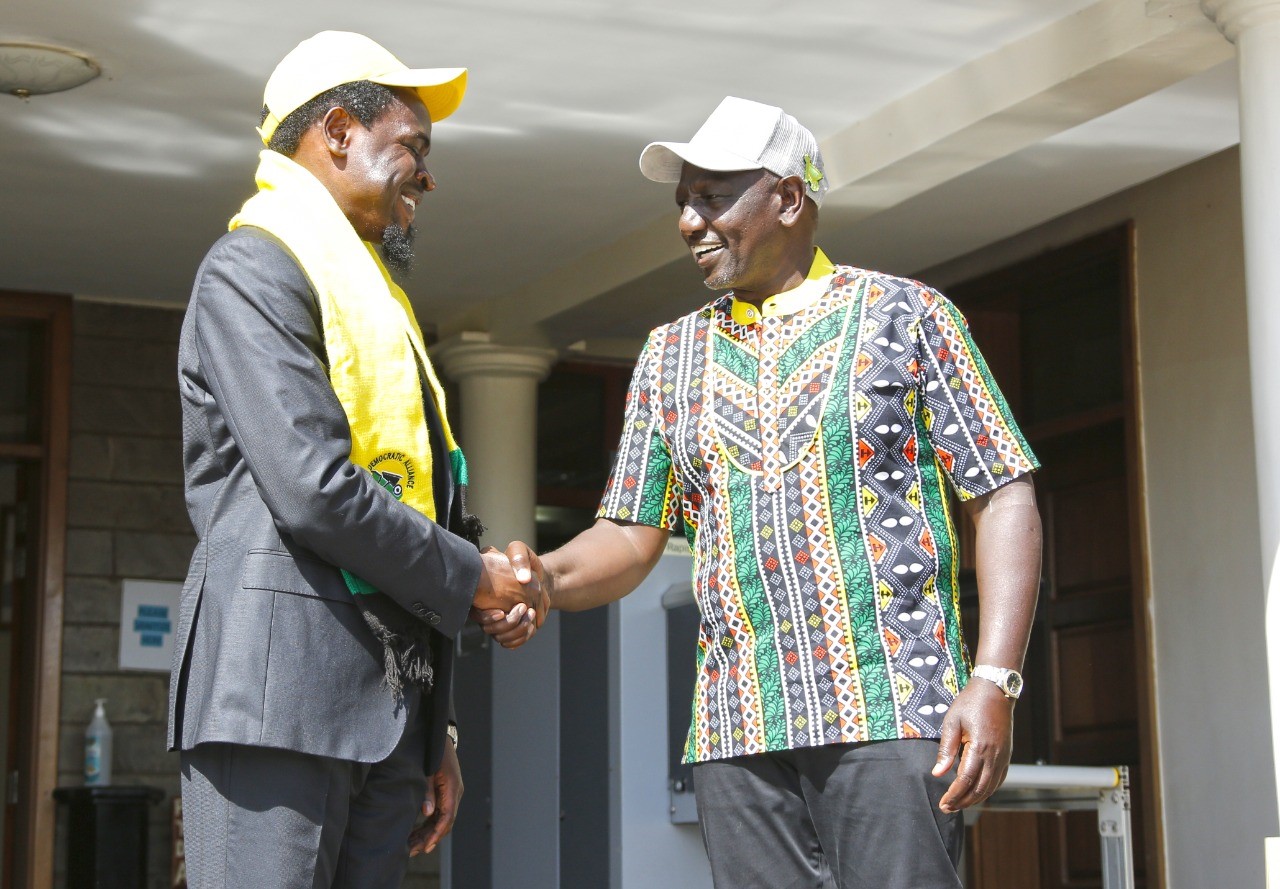 In a video posted on YouTube, the DP is captured ushering Havi to the party which he intends to vie under in the upcoming 2022 General Elections.

The outspoken lawyer is set to contest for the Westlands Parliamentary seat currently held by Tim Wanyonyi who has declared his interest in the gubernatorial seat.

The DP took to Twitter to congratulate him, saying that he had made a good decision by joining his camp.

“Good to receive lawyer Nelson Havi, the President of the Law Society of Kenya, who has declared interest to contest the Westlands parliamentary seat on a United Democratic Party ticket.” He wrote.

Havi made a switch from Amani National Congress (ANC) which he had joined in May 2021 as a lifetime member. He narrated that he was never welcomed into the party as he has never been listed among members despite him paying for the membership.

“Much as I applied to be a member of ANC way back in May, I was never indicated as a member of ANC. I did not need any more signs and time to know that I was not welcomed into the party. I have come to a conclusion, the most viable vehicle that has the interests of the people of Wetlands is UDA.” He explained.

He further lauded the DP’s Bottom-Up economic approach saying that it was the most suitable economic model that aims at empowering all Kenyans.

Havi is the latest office-seeker to join UDA following the controversial switch of Kirinyaga Governor Ann Waiguru who stated that she was sure that she will not retain her seat if she vies under a Jubilee ticket following its unending wrangles.

And it’s also a serious set back on Musalia Mudavadi’s Presidential Campaign and Amani Congress party because Nelson Havi was touted to be a Key advisor and strategist for his stab in the Presidency, so by losing Nelson Havi to Ruto is a really big blow to his ambitions which seems to dwindle every day because of financial muscle to run a well oiled campaign against the tide of the Former Prime Minister the Rt. Honorable Raila Amollo Odinga and his main contender the Deputy President William Ruto.

Make KDRTV your home for the latest International and Kenya News. Bookmark our site. Make sure you follow us on Facebook, Twitter, and YouTube to stay updated with the latest Kenya and International News.