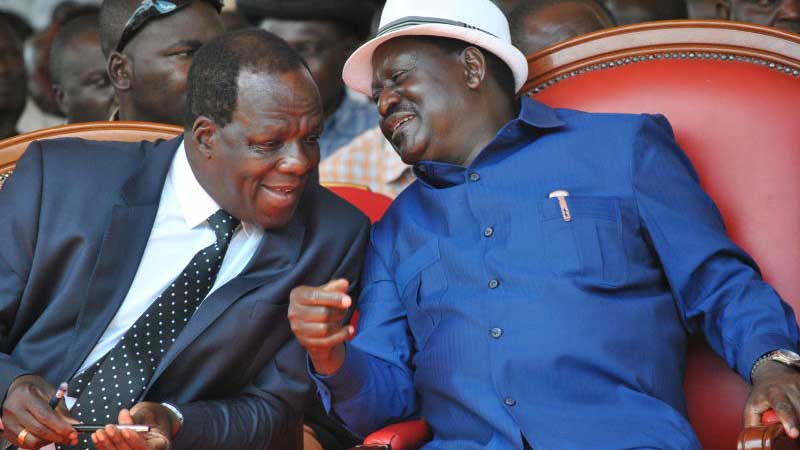 Speaking on Wednesday, November 30 during an interview with TV47, the former County boss said that he does not intend to leave the ODM leader.

“Raila is my party leader and we have been best friends all along, I have no problem with him at all,” Oparanya stated.

Oparanya also ruled out the possibility of leaving the ODM Party for William Ruto’s UDA.

“Why Would I leave a party that I was part of its formation?” Oparanya quipped adding that he had also seen the rumors being spread regarding his defection from ODM. I think they are from government agents, but definitely, you should know that I am in ODM to stay,”

“I have never seen a clip where I was captured specifically saying that I had left ODM,” said Oparanya.

Unsubstantiated reports had claimed that Oparanya ruled out future assistance to ODM, particularly in the Western region.

According to the reports, Oparanya resolved to take a different political path in order to remain in power after 2027 while fostering Luhya unity.

“I am offering myself now to lead the unity drive of our people. I am done with Raila and even if he bad-mouthes me, God forbid, he knows, he will not be forgiven,” Oparanya said according to the People Daily newspaper.

He, on the other hand, dismissed all reports that indicated they were false and misleading.

“When you come in and want revenge is not good for this country. If they succeed, we will have anarchy in this country,” Oparanya.