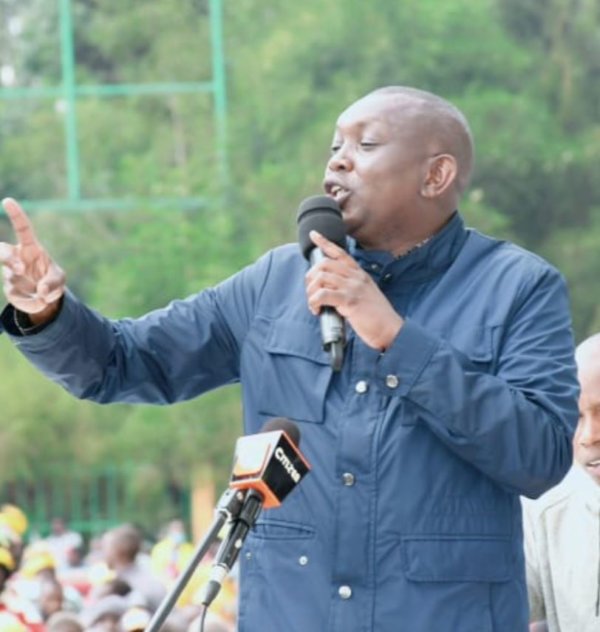 (KDRTV) – The embattled Kapseret Member of Parliament Hon. Oscar Kipchumba Sudi has broken his silence and spoken about DP William Ruto’s Campaigns for the first time since he was released from Nakuru Police Station.

The outspoken MP had been arrested for incitement and using abusive language while referring to President Uhuru Kenyatta’s mother, Mama Ngina Kenyatta. He was released on a KES 500,000 cash bail after an appeal, otherwise, he was to stay longer according to an earlier ruling.

Sudi took to his Twitter account to express his support for the Deputy President’s campaigns which seem to be on high gear. The Tangatanga team seems to have forgotten about the COVID-19 pandemic and rallies are being held and attended in large numbers.

READ ALSO: President Uhuru Issues A Fresh Directive On The Reopening Of Primary And Secondary Schools

The legislator seemed to be referring to the recent Bungoma rally that was attended by thousands of supporters. He appreciated that God is with them and that is why they are attracting crowds. Check out the tweet below;

During the Bungoma trip, Ruto spoke to the people of Bumula Constituency and told them that his government will support hustlers like them. A Christian song was then played after which the Sugoi man entered his car and spoke to his fellow hustlers through the sunroof. That seemed to excite some Tangatanga followers.

Those opposed to Ruto have heavily criticized his hustler narrative. They do not believe he has anything new to offer after being voted in overwhelmingly with his boss, President Uhuru Kenyatta.

“Stop using people’s sons and daughters as a way to ascend to power through your fake narratives and yet you possess five helicopters, a Mansion, and other multimillion properties,” COTU leader Francis Atwoli told him one day.

It looks like the Deputy President has gone full throttle. He is not stopping any time soon. He insists that he will keep on assisting the poor and churches even if his opponents don’t approve of it.