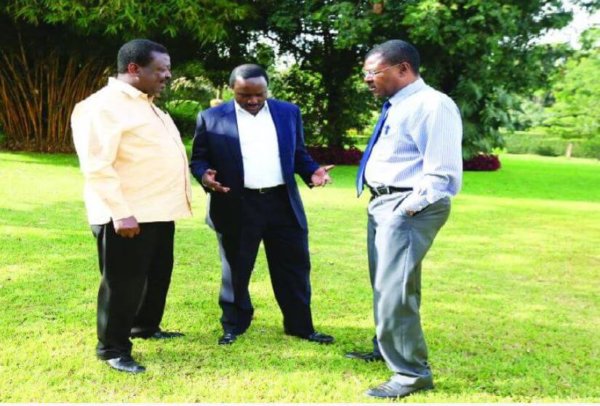 (KDRTV) – The upcoming presidential race is an interesting one. As usual, it will be a two-horse race. It will leave quite a number of other candidates embarrassed according to the outspoken lawyer, Dunstan Omari.

More and more people are coming out to express their interest in occupying the house on the hill. Former Prime Minister Raila Odinga, ANC leader Musalia Mudavadi, and Deputy President William Ruto are some of the people that want to replace Uhuru Kenyatta come 2022.

The lawyer however believes that DP Ruto and ODM leader Raila Odinga are the people that Kenyans should watch.

“Baba and the wheelbarrow guy, the hustler himself are the only two horses that will compete,” Omari was quoted by The Star newspaper. He dismissed some of the other candidates as jokers who are not serious and are headed for humiliation as it happened in 2013.

He asserted that the Amani National Congress party leader Musalia Mudavadi and his Wiper Democratic Movement party leader Kalonzo Musyoka have a long way to go. They do not have what it takes to run successful campaigns.

The straight-talking political analyst said that the two leaders are yet to take full control of their backyards.

The Machakos Governor Alfred Mutua who has also expressed interest with his Maendeleo Chap Chap party does not even have enough money to make posters and pay agents during the elections.

“Can some people even make posters? Can they hire agents for all polling stations? People are just talking. Most of them are in the league of Machakos Governor Alfred Mutua, Makueni County’s Kivutha Kibwana, Kitui County’s Charity Ngilu, just to mention a few,” he reiterated.

Outspoken political commentator Herman Manyora seems to agree with Omari. He predicted that Mudavadi and Kalonzo will join Raila Odinga’s team against William Ruto in the long run.

Would you agree with the two political commentators?