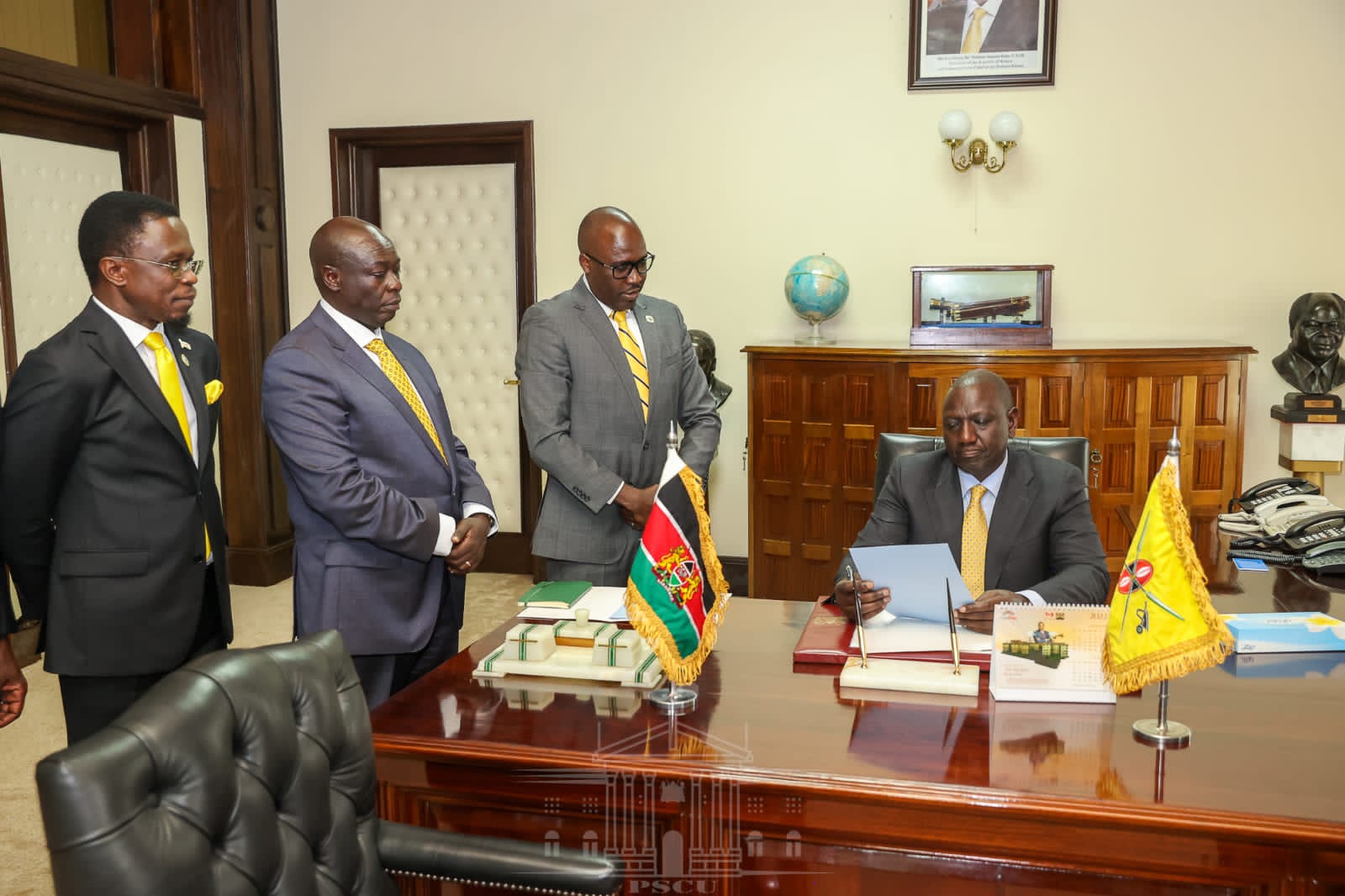 President William Samoei Ruto has appointed 6 judges that were nominated by the Judicial Service Commission (JSC)back in 2019.

In an executive order issued on Tuesday Evening President Ruto appointed the four Court of Appeal Judges and another two Environment and Land Court judges.

“In exercise of the powers conferred by Article 166(1) (b) of the Constitution of Kenya, I William Samoei Ruto, President and Commander-in-Chief of the Kenya Defence Forces, appoint Makori Evans Kiago and Cheruiyot Omange Judith Elizabeth to be judges of the Environment and Land Court,” the Notice read in part.

President Ruto confirmed in his Inauguration speech after being sworn in that he would appoint the six judges by the end of the day so that they may get on with the task of serving the people.

“To further demonstrate my commitment to the independence of the Judiciary, this afternoon I will appoint the 6 judges already nominated for appointment to the court of appeal, three years ago, by the Judicial Service Commission and tomorrow, I shall preside over their swearing-in ceremony so that they can get on with the business of serving the people,” Ruto stated.

Former President Uhuru Kenyata had rejected the 6 judges “for failing to meet the required threshold”.

However, President Ruto announced that his administration will increase the judiciary’s budgetary allocation by Ksh 3 billion per year for the next five years.

He Further stated that his government will empower the Judiciary to adjudicate and quickly resolve corruption cases, commercial conflicts, and other concerns in order to ensure access to justice and efficiency in the Judiciary.