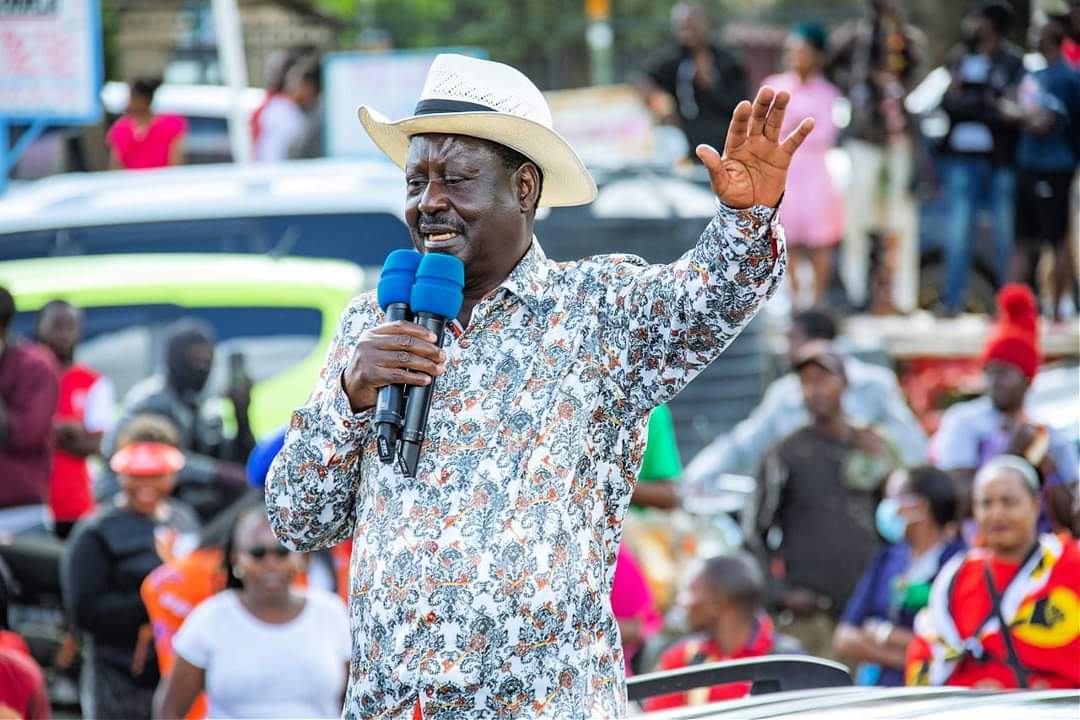 Azimio La Umoja Coalition leader Raila Odinga has announced they will hold another mega rally at Jacaranda on the 29th of Sunday, January.

Speaking at the Kamukunji Grounds shortly after jetting back from his trip to South Africa, the former Prime Minister told an ecstatic crowd that he had DP Gachagua’s latest critics.

Raila expressed his astonishment with how the Deputy President asked President William Ruto to let him handle the Azimio leader.

‘I was surprised to hear Gachagua bragging that Ruto should let him handle me. He also keeps telling Kenyans that he is the son of Mau Mau. I have news for him,” Raila remarked amidst cheers from the charged crowd.

The former Prime Minister further indicated that Gachagua was not born when Mau Mau was fighting for independence and hence should stop associating himself with the freedom fighters for political expedience.
Meanwhile, The opposition leader said they do not recognise President William Ruto as the President of Kenya and that the Kenya Kwanza government is illegitimate.

He claimed Ruto was rigged in a wider scheme involving the outgoing chairman of the Independent Electoral and Boundaries Commission (IEBC) chairman Wafula Chebukati.
“I commend all Kenyans who carried out the sacred and patriotic duty and cast their ballot peacefully. You expected IEBC to transmit, tally and announce the results in accordance with the law, free of bias and corruption. But IEBC and the then chairman Wafula Chebukati and two commissioners Abdi Guliye and Boya Molu and CEO Marjan Hussein Marjan formed a cartel within IEBC to the exclusion of four new commissioners, disregarded the votes you cast and cooked their own results,” Raila said.
“The presidential results announced unilaterally by Mr Chebukati on August 15 were entirely made up by him and had nothing to do with the votes you cast.”

According to Raila, the Supreme Court was captured by cartels and made to dismiss his petition challenging Ruto’s victory as Kenya’s fifth President.

Raila said IEBC whistleblowers had confirmed to the Azimio team that the coalition won with a landslide.

He demanded the entire infrastructure, records of the 2022 elections in the IEBC be made public and audited by an impartial body.