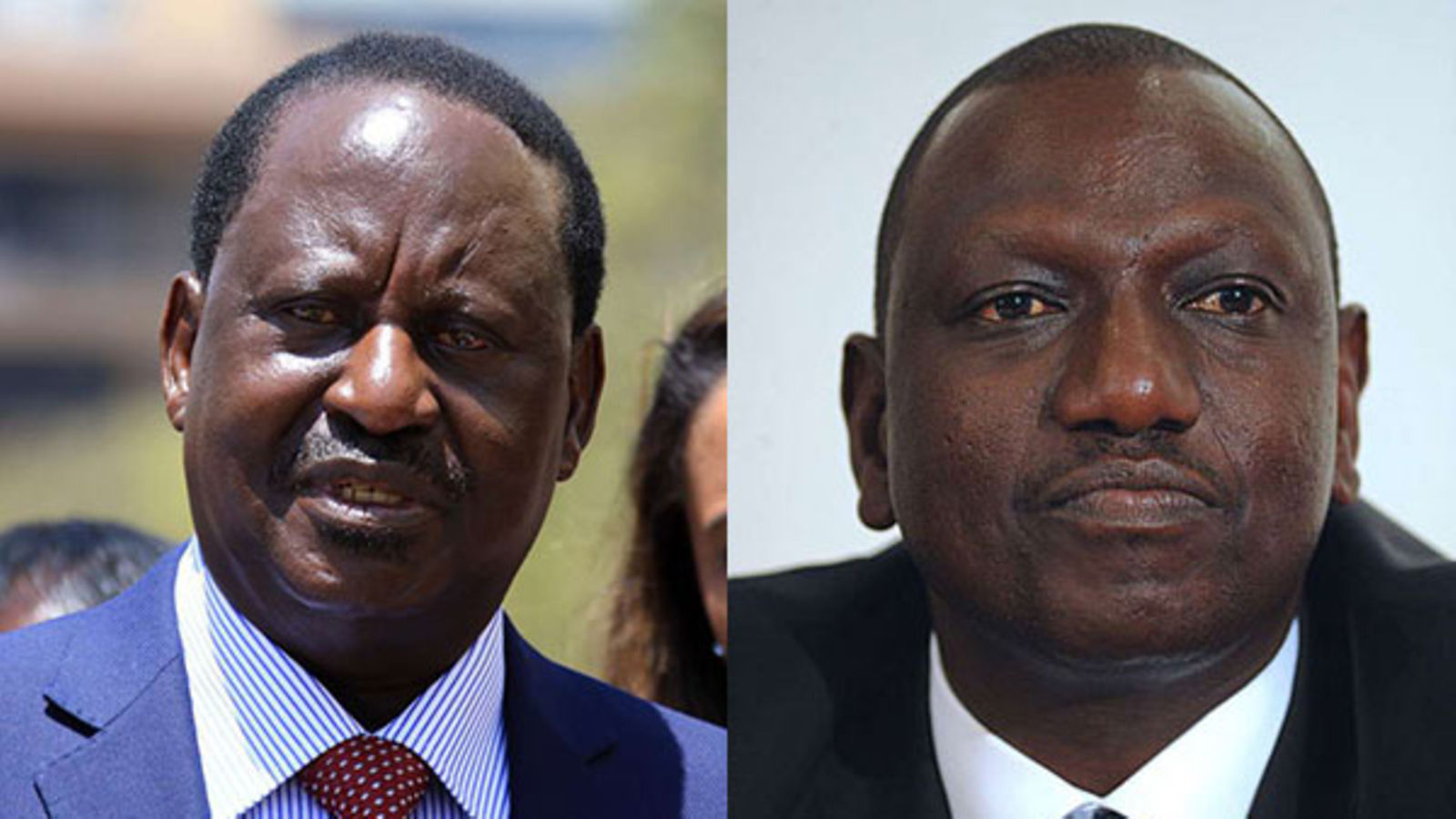 In the opinion polls released on Monday July 11, Raila leads with 42 percent while DP Ruto comes in second with 39 percent.

According to TIFA lead researcher Tom Wolf, the emergence and ascension of either David Mwaure of the Agano Party or George Wajackoyah of the Roots Party is sufficient to increase the likelihood that neither Odinga nor Ruto will come out on top in the first round of voting.

According to the poll, no alliance between Azimio-One Kenya and Kenya Kwanza receives support from two-thirds of any of the nine zones, which explains why the two teams continue to campaign in a zigzag pattern.

According to Wolf, the results reflect significant events that have transpired since the last survey was conducted in mid-May, following the declarations of vice presidential candidates.

The polls also indicate that the United Democratic Alliance (UDA) is the most popular party with 33%, followed by the ODM with 26%. Less than 13 percent of voters support the remaining parties.

At least 59 percent of Kenyans believe that the Independent Electoral and Boundaries Commission (IEBC) will conduct a free and fair election, and six out of ten Kenyans are confident that any presidential election petition brought to the Supreme Court after the election will be adjudicated fairly.

“At least 50 per cent of those interviewed said they believe more people become candidates for elective office to pursue their own personal or family interests rather than serve their community and country,” Tom Wolf said.

Also Read: Why Uhuru Settled For Karua As Raila’s Running Mate Despite Their Ideological Differences