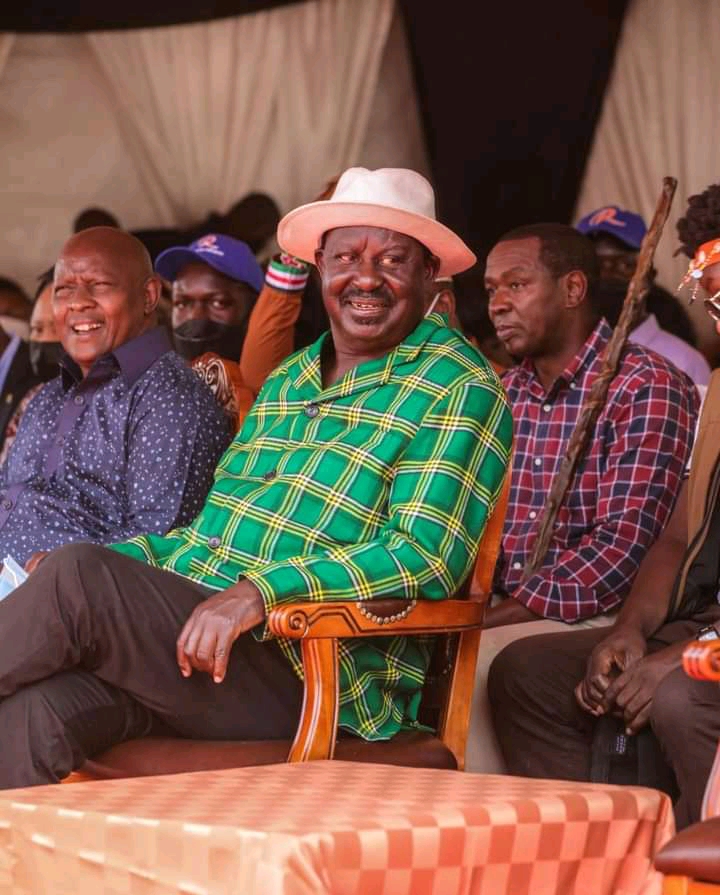 The Orange Democratic Movement (ODM) party leader Raila Odinga has received a huge boost in his quest to replace the head of state president Uhuru Kenyatta in 2022 race.

ODM brigade has already landed in Kabiruini, Nyeri county for a two-day charm offensive to popularize the Azimio la Umoja forays and seek endorsement from the Kikuyu Council of Elders (KCE) ahead of 2022 general election.

Raila’s arrival at Kabiruini ground marked a heroic reception from the handshake allied stalwarts who pumped the air with “Baba Tosha” ululations that transpired with the ODM attires pledging to the former prime minister Raila Odinga.

The ODM party boss is set to be endorsed by the Kikuyu Council of Elders as a Kikuyu Elder in a reciprocal of what happened in September 2020 in the Lake region where dozens of Kikuyu elders toured the region for a fete ceremony.

The handshake squad will later lead vigorous campaigns in the region to sell the Azimio la Umoja agenda to the ground electorates.

This comes weeks after Raila Odinga revealed that he will announce his presidential bid on 9th December 2021 after traversing all walks across the country in spreading by gospel of peace and unity.

At the same time, Hustler Nation head DP Ruto has erected tents in Nyandarua to plaster the region with bottom-up economic model as a schemed mean of countering Raila’s political forces in the rich-vote Mt Kenya region.

Raila Set To Be Installed As A Kikuyu Elder In Nyeri