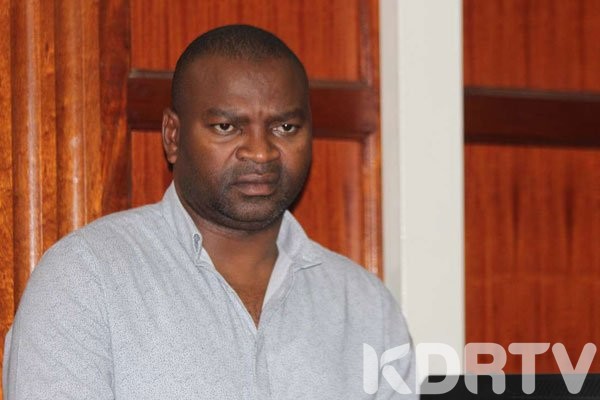 In a video that has gone viral, Echesa looks agitated, asking the officer why he was blocking UDA agents from accessing the polling station.

This is before the former boxer slaps the officer in full glare of the media.

The incident happened at Buloga Polling Station early on Thursday as Matungu residents streamed to polling centres to cast their vote.

The Matungy by-election is a three-horse race pitying candidates from ODM, ANC and the new kid on the blog, UDA.

Earlier on Wednesday, ANC leader Musalia Mudavadi alleged that there was a plot to rig the elections. He accused Kakamega Governor Wycliffe Oparanya of planting a county government employee as a staff within IEBC.

IEBC immediately swang into action, and blocked the said employee from working in the polls.