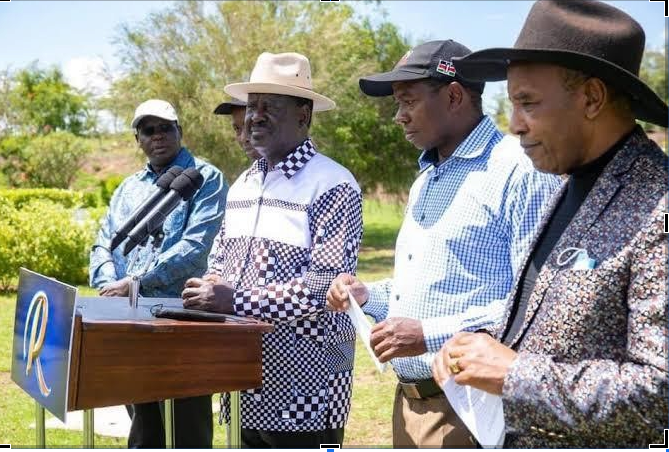 ODM leader Raila Odinga looks to be relying on regional political heavyweights such as governors, senators, and community heavyweights to defeat Deputy President William Ruto, who is widely seen as his main rival in the 2022 general elections.

Odinga has won the backing of Kakamega Governor Wycliffe Oparanya and his Mombasa counterpart Hassan Joho, both of whom have put their presidential ambitions on hold in favor of their party leader.

Furthermore, as evidenced by the Mt Kenya Foundation, there appears to be a definite strategy in place to assist Raila in gaining the confidence of the Mt Kenya region, which has traditionally voted against him.

While Raila is focused on forming the Azimio La Umoja coalition with regional kingpins, his main counterpart DP William Ruto is touring the country interacting with voters, accompanied by a cadre of political newcomers who look to be first-term members of parliament, in order to whip up support for the hustler narrative.