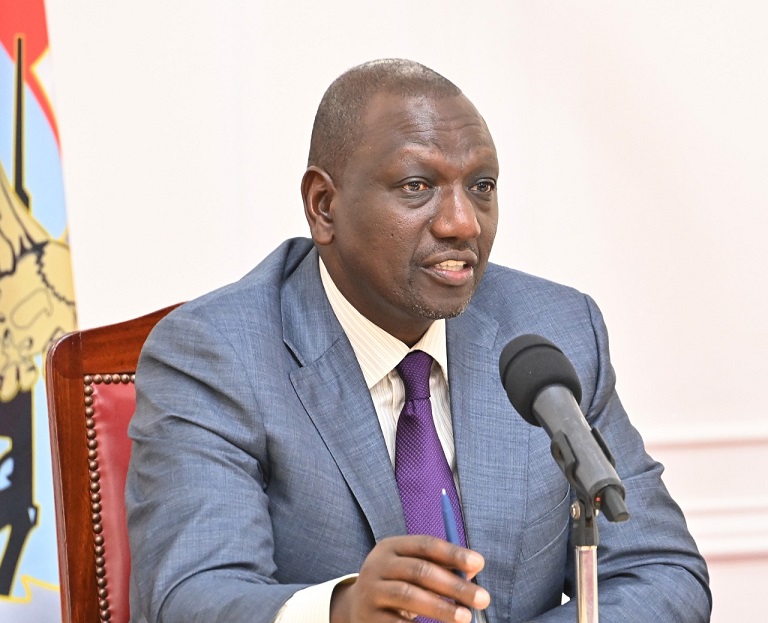 President William Ruto has directed every Kenyan with an Identification Card to have a Kenya Revenue Authority (KRA) pin number.

Speaking on Friday, October 28 during the KRA’s Taxpayers event, the Head of State said that the order would assist KRA in enhancing tax compliance measures in an effort to raise tax revenue.

The President argued that Safaricom Telco Company boasts over 30 million people who use their M-Pesa services whereas KRA has registered only 7 million Kenyans.

“There are only 7 million people with KRA pin numbers. At the same time, in the same economy, Safaricom’s MPESA has 30 million registered customers, transacting billions daily. The fact that this opportunity remains unclear to KRA demonstrates why radical changes are necessary. Every Kenyan with an ID should have a PIN number,” Ruto stated.

“Technology and a considerate, fair, and professional mobilization will do the job quite well. Safaricom, a telco, has registered more people than KRA, a powerful state organization. It is very clear that the magic lies in technology and strategy, not in power and resources.” He added.

The first in command reaffirmed his earlier calls for the KRA to undergo reform and become a more approachable institution in order to raise the tax bracket.

“We are committed to instituting a comprehensive culture change at the KRA in order to make it much more supportive of taxpayers…make it a people-friendly customer-centric organization that facilitates taxpayer compliance as a co-tax administration strategy,” he said.

“Our GDP has risen to Ksh.12 trillion, yet KRA only raised about 14% of GDP in revenues last year. In the past, KRA was able to raise 18% of GDP. If we collect the same target today, then we would have raised an extra KShs 400 billion. I expect KRA to raise 3 trillion by the end of the next financial year and to double the current collection in five years,” President Ruto directed.