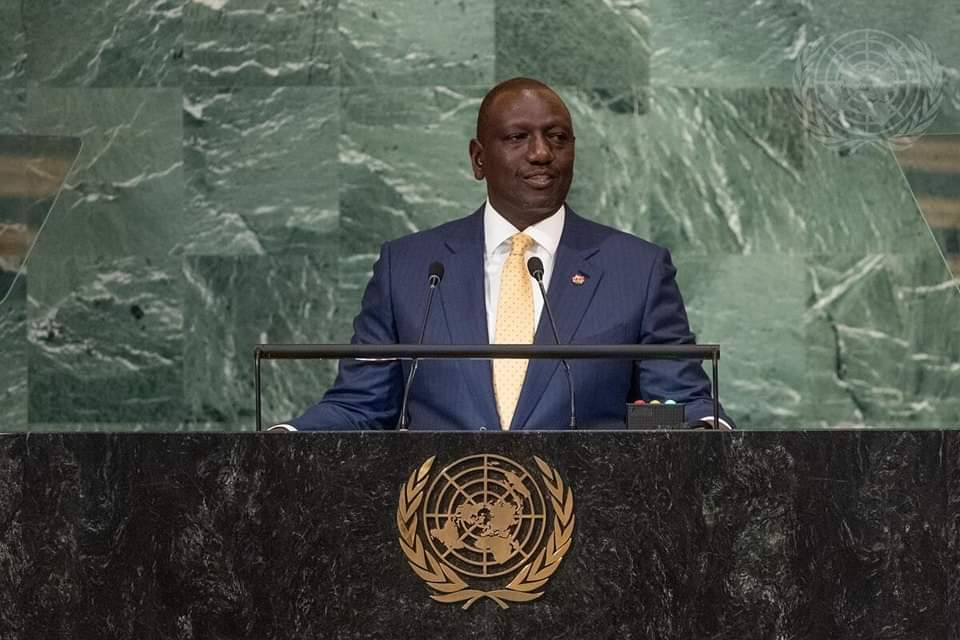 President Willam Ruto on Wednesday September 22, asked world leaders to embrace the bottom-up economy style so as to uplift the lives of their citizens.

In his maiden speech at the 77 UN General Assembly in New York Wednesday, President Ruto coined the phrase” Building Back Better initiative”from the Bottom to urge the inclusivity of the marginalized working majority in the economic mainstream.

“Building back Better’ from the bottom upwards is essentially about including the marginalised working majority in the economic mainstream. The bottom billion relentlessly wage their daily battle for survival in a crowded arena characterised by scarcity of opportunity and generally precarious existence,” Ruto said.

The president stated that the global food crisis might be managed by implementing economic inclusion initiatives, which would then lead to sustainable development.

“The bottom billion relentlessly wage their daily battle for survival in a crowded arena characterized by scarcity of opportunity and generally precarious existence. The ingenuity, optimism, resilience and energy in this ever-bustling bottom is sometimes called hustling.”

“It is time to bolster the resilience of our nations; to mainstream these millions through deliberate strategies and efforts for economic inclusion; to Building Back Better, from the Bottom-Up,” Ruto stated.

President Ruto further stated that all UN member states and essential stakeholders should demonstrate strong political will and effective cooperation by financially assisting the most afflicted nations and sharing land restoration and climate adaptation technologies.

“With this in mind, I call on the Member States and all relevant stakeholders to demonstrate strong political will and showcase effective cooperation by supporting the most affected countries financially, as well as by sharing land restoration and climate adaptation technologies.” He said.

In the just concluded General elections President Ruto adopted the bottom-up economic model as the key element in his campaign messaging.

Ruto promised that in his administration he would ensure that regular people have a say in decision-making.

Also Read: List of Politicians who Accompanied Ruto to US