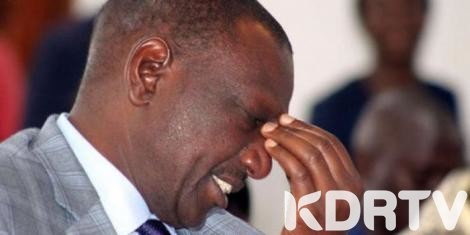 (KDRTV) – Deputy President William Ruto’s huge appetite for public land might cost him dearly. It could be the reason he doesn’t become President in 2022.

This is after the Directorate of Criminal Investigations (DCI) reopened a case in which he is accused of grabbing public land and then reselling it to a government agency.

In 2004, Ruto and three others were sued for obtaining money from Kenya Pipeline Company (KPC) for the sale of plots which had allegedly been hived from Ngong forest. The offence happened between August and September 2001.

Ruto allegedly received Sh96 million of the Sh272 million as “facilitation fee” at various intervals during the transaction.

However, in 2011, the court acquitted the DP over lack of evidence linking him to the case.

In his ruling delivered on April 11, 2011, the then Nairobi chief magistrate Gilbert Mutembei said the prosecution had failed to prove that the accused received money from the parastatal.

We can now reveal that DCI detectives have reopened investigations into the case, almost nine years since it was closed.

Detectives have already questioned officials of four companies, Berke Commercial Agencies, Priority Ltd, Celtic Multisystems Ltd and Somog Ltd, which were linked to the DP, as they seek to unravel the money trail afresh.

Lawyer Katwa Kigen confirmed yesterday that he had appeared before Chief Inspector Patrick Maloba of the Land Fraud Unit at the DCI headquarters on Kiambu Road on behalf of the firms.

“I appeared before the detective on Monday,” Kigen said, adding that whatever the police were looking for had already been canvassed during the criminal trial in which Ruto was acquitted.

“They wanted to know the names of directors of the firms and how much they each received. They also asked for documentation on the sale agreement,” the lawyer added.

At the moment, it is not clear if Ruto will be questioned over the saga.

The timing of the case is also questionable. It comes at a time Ruto is facing intense pressure from the government following his alleged fallout with President Uhuru Kenyatta.

Ruto seems to be an outsider in the government of President Uhuru Kenyatta and his brother Raila Odinga. He has been left out of the BBI discussions and last week reports emerged that he had been kicked from a government house in Mombasa.