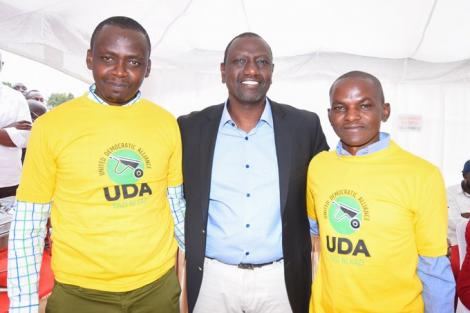 Nzuki will be facing stiff competition from  Francis Njoroge to succeed former MCA Samuel Mbugua who passed away in November 2020.

Tanga Tanga politicians led by Nakuru Senator Susan Kihika have pitched camp in the Ward in recent weeks to campaign for Mr Wachira.

London Ward has a substantial population of Kalenjin voters who are likely to vote for the UDA candidate due to the Ruto factor.

London ward aspirant Anthony Nzuki in the company of over ten MPs seeks the support of london ward residents in the upcoming by-elections. pic.twitter.com/lqoPVHp55R

Susan Kihika has been a force in the Tanga Tanga camp. She single-handedly delivered the Lake View Ward seat in last year’s mini-poll. Her candidate, Simon Wanyoike Ngigi beat the Jubilee candidate despite running on the little known New Democratic Party.

Meanwhile, the Jubilee candidate has been boosted by the withdrawal of ODM candidate Stephen Adhoch. Adhoch announced on Monday that he will throw his weight behind Mr. Mbugua.

Meanwhile, Nakuru Town East MP Samuel Arama, who is leading the Jubilee-ODM campaigns in the Ward has been put on the spot over bribery claims.

A video emerged recently of the MP allegedly bribing voters in the full glare of the police.

London ward residents will vote to elect a new representative on Thursday this week. Also