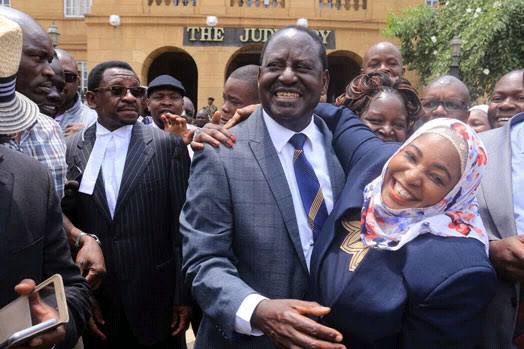 The political fodder has been experienced between the government and DP Ruto’s Tangatanga faction (De-facto opposition) following the emergence of Huduma Namba bill.

According to the Deputy President William Ruto’s de-facto spokesperson Caleb Kositany, the deep state might be planning to rig 2022 general election through the imposition of Huduma Namba on electorates.

Kositany vowed to rally Tangatanga MPs to tame the Huduma Namba bill in the National Assembly alleging that it might be the deep state’s ploy to rig 2022 general election.

“It is highly suspect, once it is brought to the House we will look at it critically and reject if it is aimed at interfering with the elections,” Soy MP Caleb Kositany said.

The push and pull political strings between DP Ruto’s allies and the deep state started when the Interior Security Cabinet Secretary Fred Matiang’i introduced the Huduma Namba in 2019.

However, Orange Democratic Movement (ODM) National Chairman John Mbadi has changed tune on the legality of Huduma Namba admitting that the ODM allied legislators are yet to receive the copies of the Huduma Namba bill.

At the same time, ODM Director of Political Affairs, Opiyo Wandayi, who doubles as Ugunja MP also stressed that ODM hasn’t received a copy of Huduma Namba bill and therefore the party’s decision on whether it will support the purported bi remains hanging.

“We can’t guarantee that we will vote to pass the bill or fail it, w have not received a copy of the bill and therefore our party’s position on this remains hanging” MP Opiyo Wandayi said.