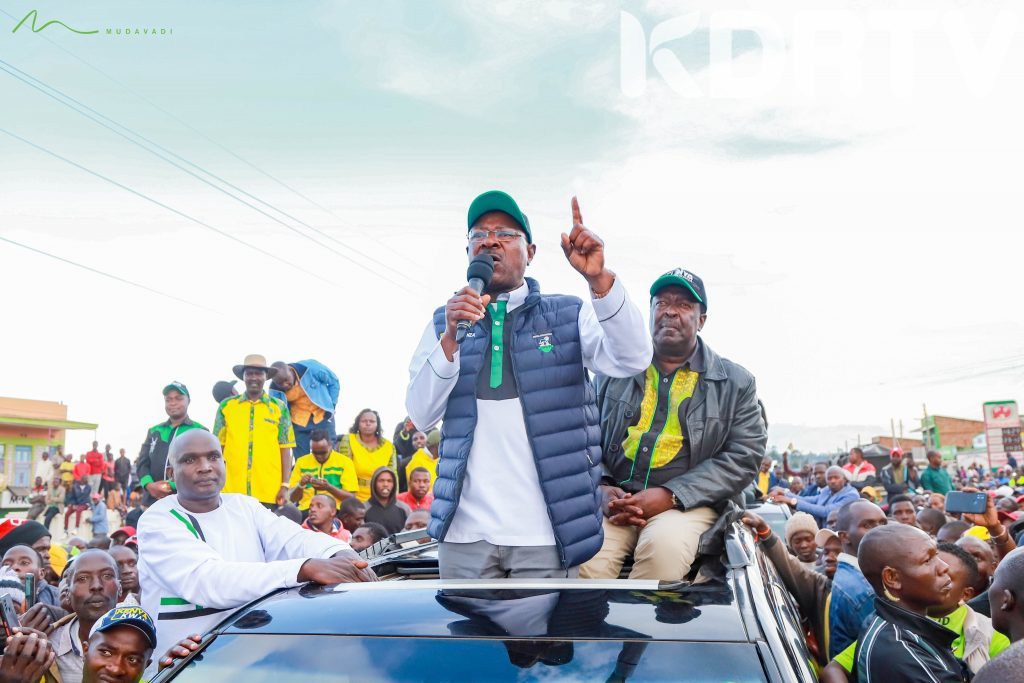 The Ford Kenya party leader has been nominated by the Kenya Kwanza coalition as per its pre-election agreement with the former Foreighn Affairs Minister.

The seasoned politician is constitutionally required to renounce his senatorial position to be eligible for election as the National Assembly’s speaker.

Wetangula will face it out with several leaders who are interested in the job. Former Speaker Kenneth Marende has been nominated by the Azimio La Umoja One Kenya Coalition party for the seat.

Moses Wetang’ula has endorsed Wafula Wakoli, his longest-serving personal assistant, to succeed him as the next Bungoma County Senator.

Also Read: Meet Wetangula’s Long Time PA Who Will Succeed Him As Bungoma Senator As He Eyes The Speaker Seat

Wetang’ula had on Friday, August 19, stated that he will replace outgoing National Assembly Speaker Justin Muturi in accordance with his pre-election arrangement with President-elect William Ruto.

“I am going to be the Speaker of the National Assembly, the third in command of the country. I want to assure the Kenya kwanza Alliance team we have our numbers so no problem,” Wetang’ula said.

In the election agreement, the head of state was to come from the Rift Valley, the deputy president from the Mt. Kenya region, which received a lot of votes, and the speaker of the national assembly, who held the third position of power, was to be from the Western region.

Additionally the Western Region was to get 30% of all national government appointments if William Ruto won the  presidency.

In order to be elected speaker of the National Assembly, 233 out of its 349 members must support the candidate. If none succeeds, the winner is determined by a simple majority in the second round.

The Ruto-led team has a significant numerical advantage thanks to its active recruitment of new members for his coalition, including successful independent candidates.

Also Read: Wetangula’s Daughter Mocks Raila As Ruto Is Headed to a Win in Bungoma

Subscribe to watch latests videos
In this article:Moses Wetangula