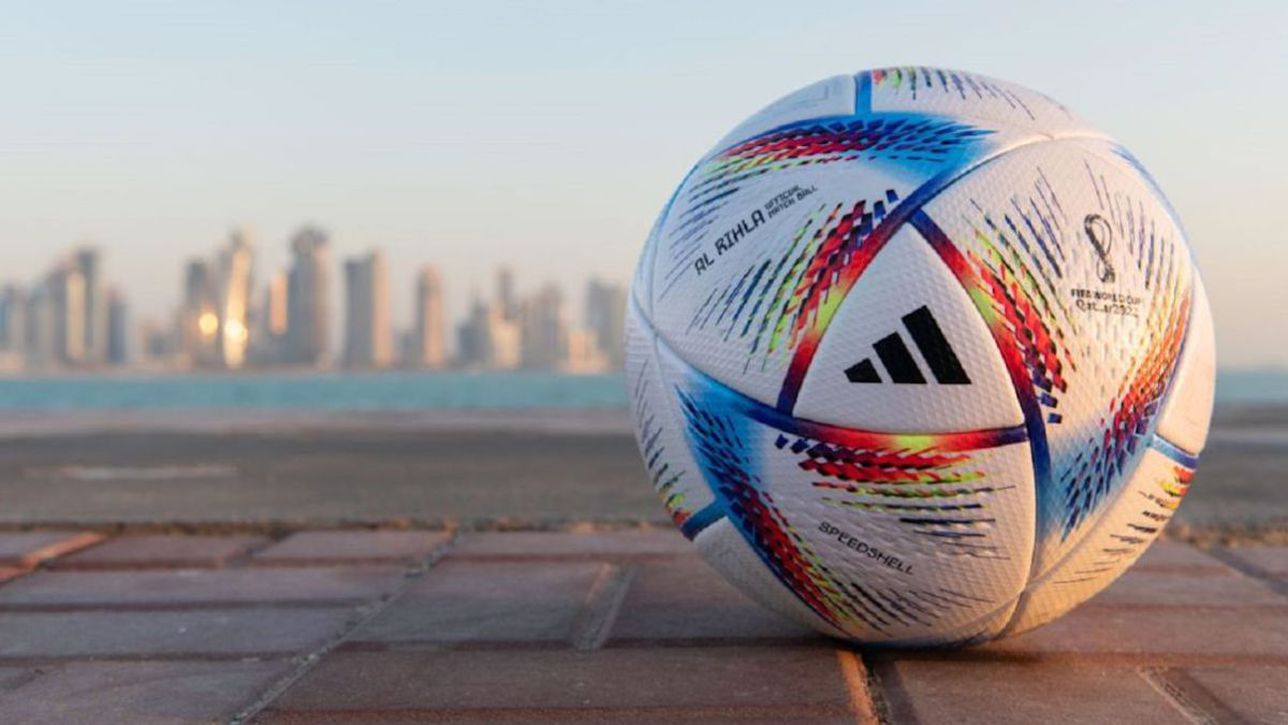 The Al Rihla ball that is being used in the 2022 FIFA World Cup in Qatar is quite different from other balls that are used in soccer matches.

According to FIFA the ball was created for the first time in 1970 and is inspired by the culture, architecture, iconic boats, and flag of Qatar.

The Al Rihla ball is made up of 20 panels that are adhered together with water-based adhesives and inks. Twelve of these are larger and look like ice cream cones, while the other eight are smaller triangles with nearly equal sides.

This ‘Arabic’ ball has dimple-like qualities that give its surface a fairly smooth feel as compared to previous balls that used raised texturing to enhance surface roughness.

To compensate for its smoother feel, its seams are wider and deeper, apparently learning from the shortcomings of the too-smooth Jabulani ball. It featured the shortest and shallowest seams of any modern World Cup ball and was viewed as slow in the air by several players.

The center of the ball, which has the best shape, air retention, and rebound accuracy, offers speed, accuracy, and consistency for quick action and precision.

“This is a stunning, sustainable and high-quality Official Match Ball from adidas that will be enjoyed by stars performing at the top of their game on the world’s biggest stage in Qatar, as well as grassroots players everywhere.

“Al Rihla’s worldwide journey will represent the incredible reach of the FIFA World Cup and give fans a unique opportunity to engage with the event as excitement builds ahead of the big kick-off.” FIFA’s Director of Marketing, Jean-François Pathy, says