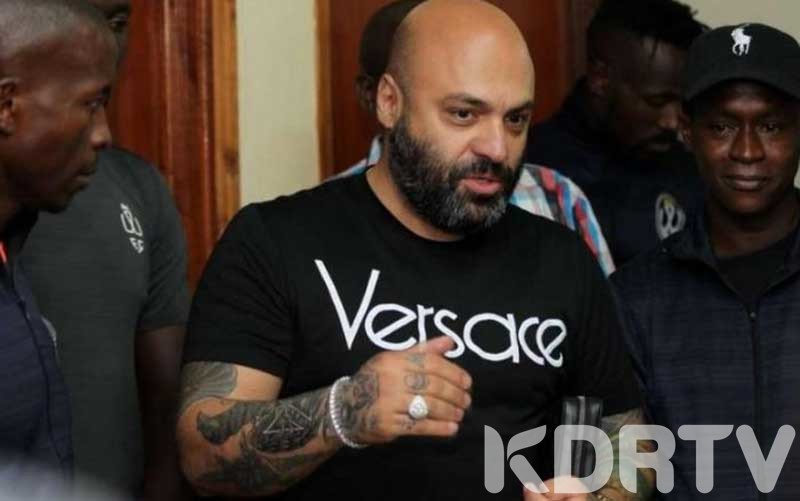 Kenya Premier League (KPL) side Wazito have confirmed that they have parted ways with Head Coach Fred Ambani and Technical Director Stanley Okumbi.

The development comes two days after an embarrassing 2-4 defeat at the hands of Kakamega Homeboyz at Machakos Stadium on Saturday.

Immediately after the match, the club’s ambitious owner Ricardo Badoer accused the players of playing as they had spent too much time at KFC. He promised to take necessary action.

Congrats to @KHomeboyz for their win. They deserved it while our defense looked like they spent too much time at KFC. I apologize to our fans and promise we will work on making the changes needed https://t.co/IsX7nAeYFu

Social media was awash with reports that Okumbi and Ambani had been shown the door on Sunday. It was not until Monday morning that the club confirmed the news on their website.

“We can confirm that Head Coach Fred Ambani and Technical Director Stanley Okumbi have left the club by mutual consent.” Reads a statement from CEO Dennis Gicheru.

Unconfirmed reports said that the two coaches had engaged in a physical fight just hours before facing Kakamega Homeboyz.

So now Wazito FC have reportedly dismissed the entire technical bench. Nothing confirmed still. But according to a source, head coach Fred Ambani physically fought with TD Stanley Okumbi ahead of their 4-2 loss to KK Homeboyz on Saturday. #KPL

Despite acquiring expensive players in the transfer window, Wazito have failed to light up the KPL winning only one of their six matches so far.

They are currently 13th on the log with six points which is nine behind leaders Gor Mahia.

Ricardo has warned the players to up their game or they will face the same fate as their coaches. He promised to announce a new coach within two days.

There is no need to explain this decision and within a day or two our new Head coach will be presented. Saying all that I need also to remind Wazito FC players to step up and bring their fucking A game or their ass will also be kicked the fuck out.
https://t.co/ceI3NVfQEy

Get the former Gor Mahia coach @legend3 Dylan Kerr.
He's up to task

Kerr won back to back titles at Gor Mahia in the 2017 and 2018 seasons. He also won the SportPesa Cup before leading the team to the group stages of the Caf Confederation Cup.

He is currently jobless after resigning from South African side Black Leopards.