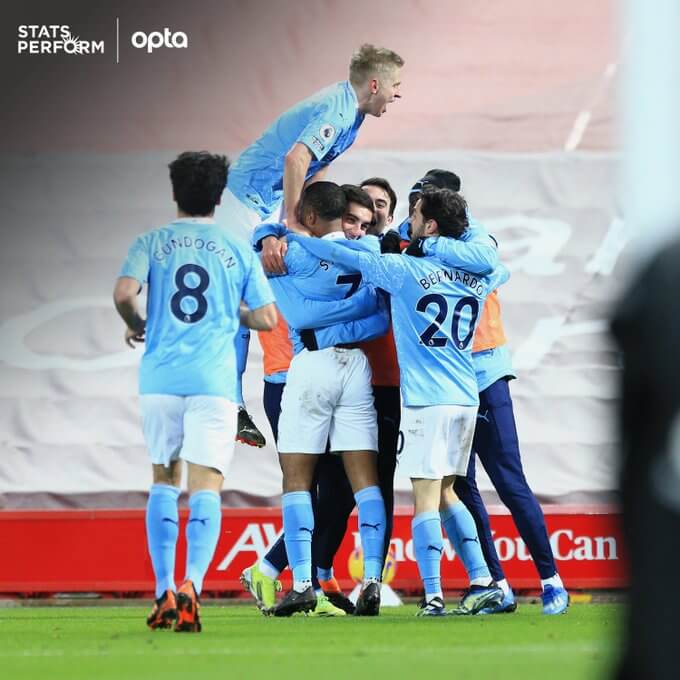 (KDRTV)-Liverpool`s goalkeeper Alisson is to blame after his team lost to Manchester City 4 goals to 1.

This is the first time Liverpool is losing three matches in a row since 1963.

The giant team has now lost to Burnley, Brighton, and Manchester City

Man city is now at the top of the league after Ilkay Gundogan, who had missed a penalty scored a goal, followed by Raheem Sterling and Phil Foden who scored one goal each

Mo Salah brought some hope to Liverpool after scoring a penalty to equalize Man City`s first goal, however, in the last half, Alisson two errors awarded Man City two goals.

"The quality of the players did it."

Pep Guardiola heaped praise on his #MCFC players but had some advice for Phil Foden after his Man of the Match display at Anfield: https://t.co/zPkJFkWWds pic.twitter.com/k5o1X1ZyiA

On the other side, Liverpool boss Jurgen Klopp believes his boys performed well but created their own downfall with serious of silly mistakes

Jurgen Klopp insists there were plenty of positives to take from #LFC's performance in their defeat to #MCFC but admits that defensive errors cost the champions: https://t.co/0COjCDhULv pic.twitter.com/W8rRbPirHg

HERE IS THE LEAGUE TABLE 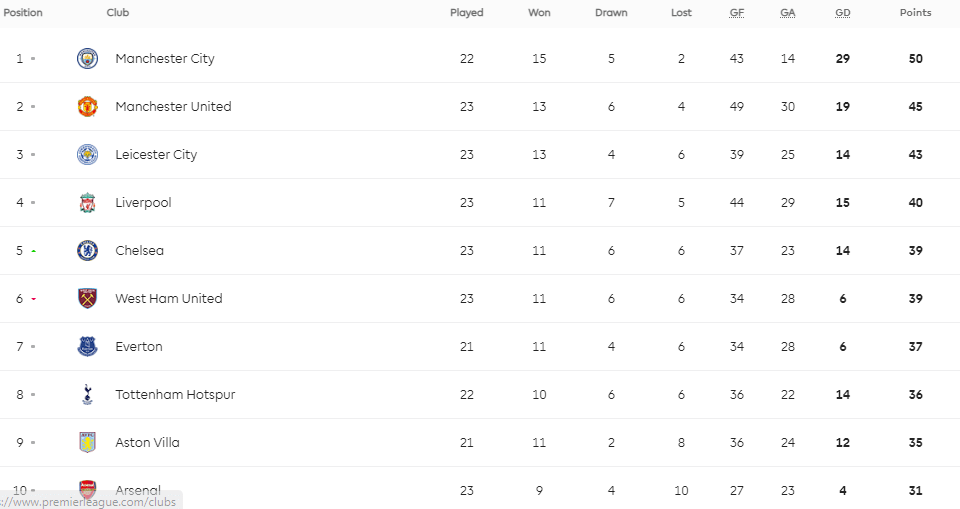