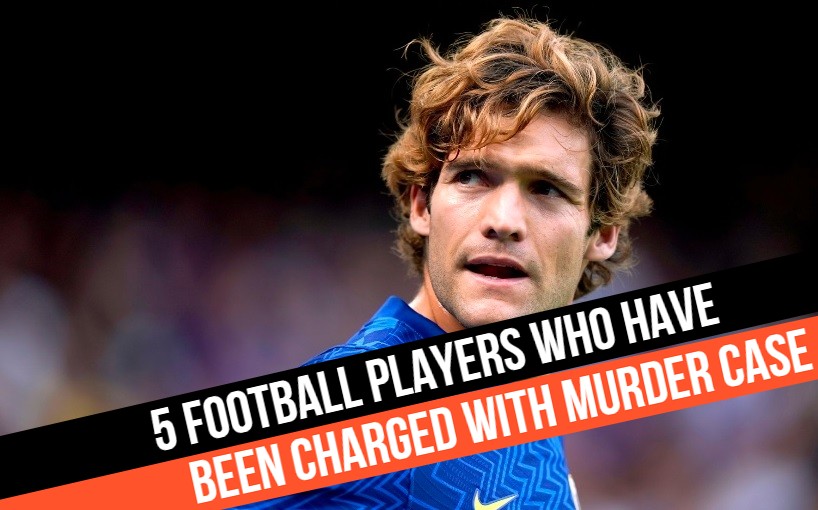 It’s unlikely to hear footballers being associated with murder and accidental deaths but the beautiful game has had its fair share of players accused of killing and murdering innocent people.

Kdrtv looks at 5 footballers who have been convicted of murder in the world of football. The Brazilian goalkeeper was in 2010 sentenced to 22 years in jail after being found of murdering his girlfriend Eliza Samudio. He was found guilty of concealing the model’s body, slicing it into small pieces, and giving it to the dogs.

Bruno was however released in February 2019 awaiting an appeal. The Argentine winger survived a fatal car accident in December 2009 after he lost control of his vehicle and slammed into a tree. He was in the company of three of his friends who all died from the accident.

Diego made a remarkable recovery and returned to playing football after 5 months. Following his recuperation, local prosecutor Carlos Colimedaglia called for his arrest on three counts of manslaughter, but he was never prosecuted. The versatile winger plays in Chile for Universidad Catolica. Kluivert was the Dutch public’s sweetheart during his first season at Ajax.

However, the brilliant footballer’s career in the Netherlands came to an end when he crashed his friend’s BMW M3 into Dutch theatrical director Martin Putnam’s car, killing the 56-year-old. The Barcelona full-back was in 2011 arrested after being involved in an accident that led to the death of a co-passenger, who was a 22-year-old woman.

Alonso, was first been given a sentence of four years in prison, before it was lowered to 21 months and later fully dismissed after paying the victim’s family €500,000 in an out-of-court settlement. Villapane played for the France international team and even captained the side during the 1930 World Cup.

His life took a different turn in 1944 after he became the head of the North African Brigade, a criminal organization that collaborated with the German Nazis.

Villaplane is well known for his excessive cruelty and savagery, having ordered the execution of 53 individuals in Mussidan.  He was apprehended in 1944 and sentenced to death. He was executed by a firing squad on December 26th, 1944.

Subscribe to watch latests videos
In this article:European Football league