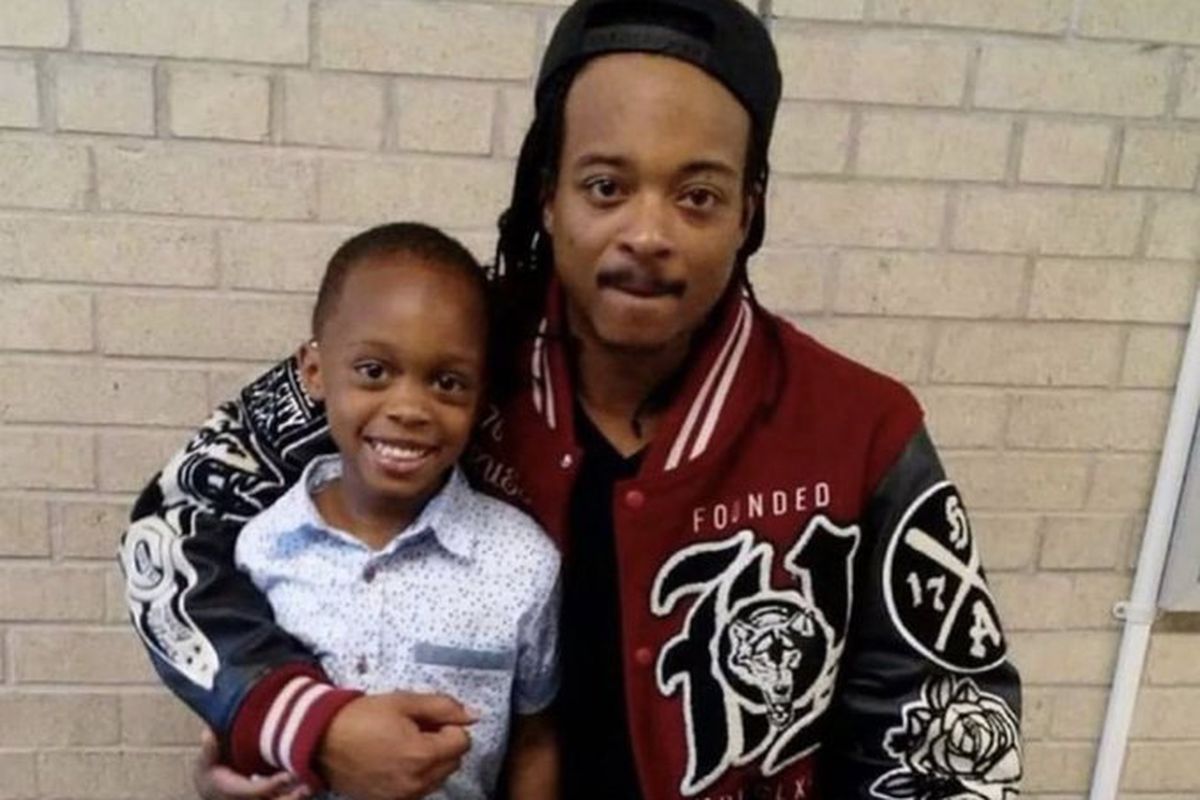 The father to Jacob Blake, the man shot several times in the back by police in Kenosha City in Wisconsin, has declared that his 29 yeard old son is now “paralyzed”

How can I help demand justice for Jacob Blake?

Sign the petition calling for justice for Jacob Blake here.

Donate to the Milwaukee Freedom Fund which is assisting protesters in Kenosha with bail funds, here.

Call or email a handful of Kenosha state officials from this list created by Twitter user @ankita_71, here.

Split a donation between bail funds across the country here.

Donate to the Movement for Black Lives, a coalition of Black organizations across the U.S., here.

Register to vote for upcoming elections in your state, here.

Footage now-viral revealed Blake was shot 7 times in the back by a police officer at a close range as he moved towards a car; the incident occurred shortly after 17;00 on Sunday.

Jacob Blake’s sister: ‘I’m not sad. I’m not sorry. I’m angry. And I’m tired. I haven’t cried one time. I stopped crying years ago. I am numb. I have been watching police murder people that look like me for years.’ (warning: distressing) pic.twitter.com/0Ot0FA7K0E

According to the father, Blake is paralyzed, however, the doctors have not revealed if it is permanent

According to reports received at our news desk, the father announced that his son has 8 wounds of bullets

This is Jacob Blake and his 3 children.

Police brutality continues to devastate our communities and our nation. I will be speaking about this at the Commitment March this Friday. Be sure to join us or tune in.

We must demand justice, and we must vote for change! ✊🏾 pic.twitter.com/VQpjiRBIBy

Just a few moments after the brutal shooting, hundreds of residents poured the city while some rallied to Kenosha police headquarters. They later torched cars and buildings as the police urged 24-hour business owners to reconsider closing following numerous robberies and tension in the city.

“My son has been fighting for his life. And we really just need prayers,” Jacob Blake’s mother, Julia Jackson, says.

“As I was riding through here, through the city, I noticed a lot of damage. It doesn’t reflect my son or my family. … We need healing.” https://t.co/eFqKkf1zYw pic.twitter.com/0APrhOkulQ

The governor of Wisconsin, Governor Tony Evers, on Monday asked the National Guard to assist the local police as authorities imposed a curfew on the city

The protestors defiantly disregarded the curfew order something the provoked the police to disperse them using tear gas, rubber bullets and smoke bombs

According to our previous reports, the police were allegedly responding to domestic violence, however, it is not clear what prompted the shooting and how many officers were involved

According to a statement by Blake`s lawyer, he was trying to  “de-escalate a domestic incident” when the police drew the gun and start shooting him.

A statement by the person who took the video and who spoke to CNN discloses that he saw police wrestle, punch, and taser Mr. Blake.

The fiance to Mr. Blake questioned why the police would shoot someone who is unarmed as she recounted how the children who sat at the back seat screamed when their dad was being shot.

“I’ve been yelling that the whole time, let me get my kids. So that’s not important to y’all. What’s important is killing somebody,” she added.

So far authorities reported that the officers involved have provided immediate assistance to Mr. Blake and that they have been sent to an administrative leave

Mr. Blake`s shooting has emerged at a time when the US is struggling to come to terms with a previous shooting of African American Goerge Floyd who was also fatally shot by the police.