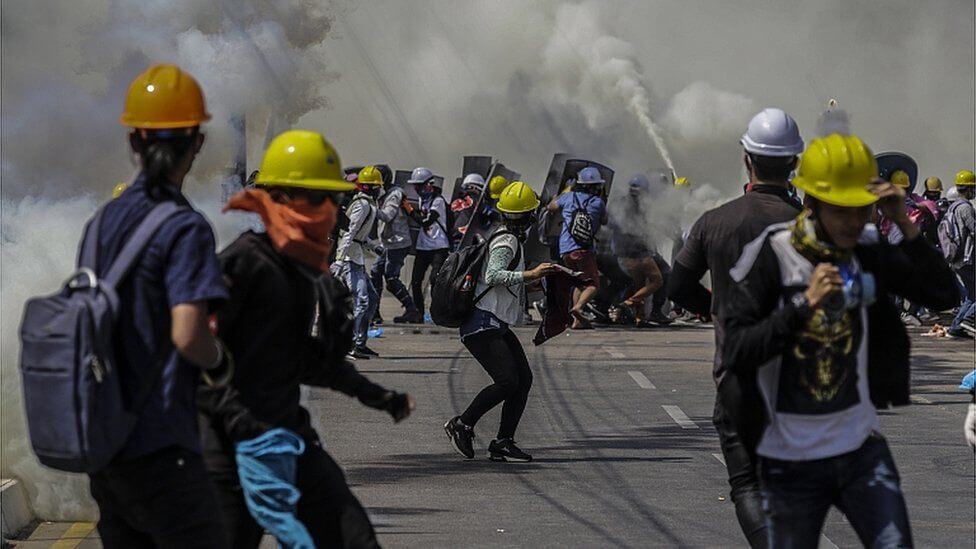 KDRTV has confirmed that the police have killed 11 anti-coup protestors in Mandalay and Yangon.

Five people, including 2 women, were shot dead in Mandalay, 2 in Pyay, and 4 were killed near Yangon, reports local media

At the same time, 10 more sustained mild to serious injuries during the fracas.

A rescue worker has confirmed the reports of the civilians’ deaths by the police in Twantae, a town near Myanmar’s capital Yangon.

The workers said they have since collected four bodies.

“We have collected four dead bodies so far,” she told Anadolu Agency.

He disclosed that the police was using rubber bullet and live rounds at the protestors.

KDRTV understands that the number of people the coup authorities have killed is more than 80, while more than 2000 people have been detained.

Many countries worldwide have faulted the junta for applying excess force on the peaceful protestors.

The US and EU have imposed several sanctions on the coup leaders and have compelled them to release the detained leaders and detained civilians.

“The junta’s security forces are committing acts of murder, imprisonment, persecution and other crimes as part of a coordinated campaign, directed against a civilian population,” Tom Andrews, the UN special rapporteur on human rights in Myanmar, said earlier this week, urging UN member states to rally together against “a murderous illegal regime.”​​​​​​​

protestors in Myanmar are against the military regime scheduled to last for one year.