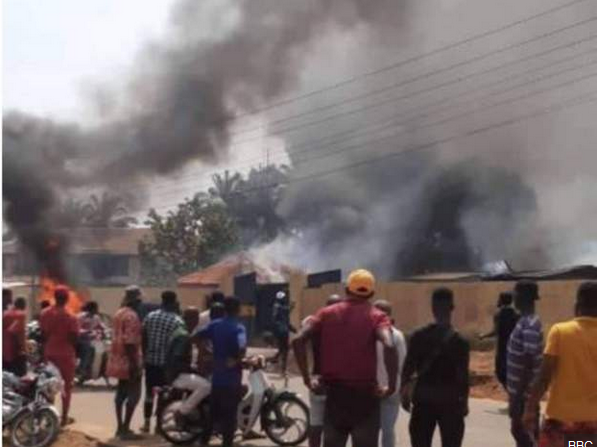 According to eyewitness who spoke to our correspondent in Nigeria, the police fired shots to disperse the onlookers who were gatherig to witness the incident

“The policemen abandoned him and ran away with his motorbike,” said Okafouzu Ugocchukwu, a resident.

The incident influenced the agry youths to match to the Town`s police stattion and set it anblaze. They then proceeded to police stations in neighbouring towns of Ekwulobia and Oko and torched them.

According to the state police commissioner, John Abanga, any police officer who had a hand in the killing of the victim will be prosecuted.